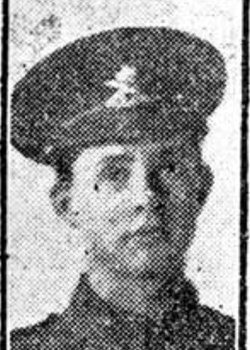 At the 1911 Census, age 12, living at home at 25 Huddersfield Rd, Ravensthorpe (and later of 453 Huddersfield Rd) with his adoptive parents, siblings and a lodger.

The date of 15 September 1916 was a historic day in the history of warfare: it was the first day that tanks were used in battle. The tank had been under development in late 1915 and early 1916 as an attempt at overcoming the seemingly impenetrable trench system the Germans had constructed. Gunner Ewart Doodson from Ravensthorpe took part in the first attack by the tanks and was a crew member of the first tank into battle. He survived the day, but he was to be killed less than a year later. 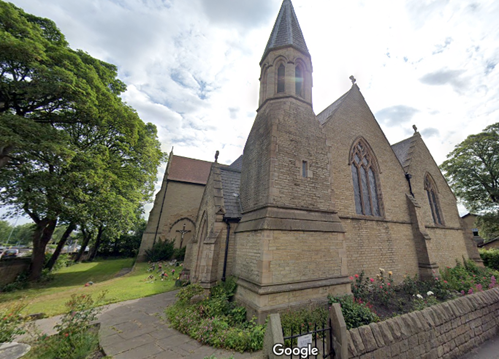 Ewart was born in Elland, near Leeds, in November 1898. After the deaths of his natural parents he was adopted by Mr and Mrs Tyas Wood; he is reported to have attended the Congregational Church and Sunday School in Ravensthorpe. 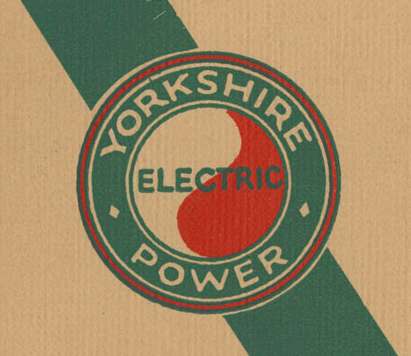 After completing his education Ewart went to work as a junior clerk at the Yorkshire Electric Power Company in Thornhill. He volunteered in October 1915 aged just 16, joining the Machine Gun Corps (MGC).

A component of the MGC was the Motor Machine Gun Service. 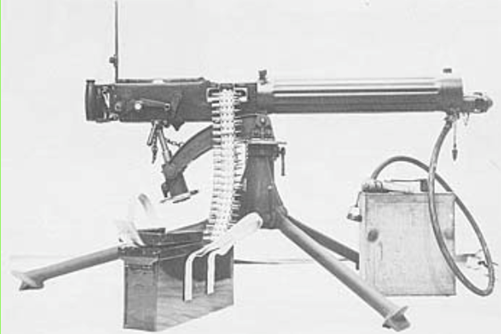 This unit was originally organised to provide mobile machine guns which were to be mounted on side-cars of motorcycles; however, because of the stalemate that had developed in France, the need for such mobile machine guns ceased. During late 1915 and early 1916 with tanks under development, the MMGS became associated with this new weapon, changing its name to Heavy Section, Machine Gun Corps in May 1916. In November 1916 its name changed to Heavy Branch, Machine Gun Corps, and in July 1917 it became known as The Tank Corps.

The unit was split into six companies, ‘A' to ‘F'. Just two of these (‘C' and ‘D') were ready to take part in the battle. Ewart was probably excited by his involvement with this new weapon and continued his training with the unit until August 1916, when the tanks and men of these two companies moved to France.

During the 15 September 1916 attack Ewart Doodson was part of the crew of tank D1 (probably called ‘Daredevil 1'); this tank was assigned to the 14th (Light) Division and attacked a strong trench system known as The Brewery Salient to the east of Delville Wood on the Somme Battlefield. Ewart's tank was to go down in history as the first ever tank to go into action, starting from south of the Longueval-Ginchy road at 5.15am; Ewart's role in the tank was that of gearsman. He and another gearsman were responsible for applying brakes to the tank's gigantic tracks; it was hot, noisy work and, despite the tank's size and weight (28 tons), it was vulnerable to artillery fire. Shortly after clearing out the German troops in the trenches of the Brewery Salient, Ewart's tank was hit by a shell and put out of action. He described the action in a letter to his parents:

"...We went over almost before it was first light on Friday morning, and our tank was out of action with a shell through our driving wheels within almost half an hour....It was supposed to be an exceptionally difficult position and hot too.....Fritz simply bunked and well he might to see this thing coming on him in the half light. We got through this redoubt and were well towards the German main trench when we got hit. There was plenty of flames and smoke but no one was hurt."

Ewart goes on to describe how the crew got back safely, bringing with them two wounded infantrymen. They recovered the equipment from the tank the next day; Ewart mentions that Fred Gomersall, an acquaintance from Ravensthorpe, was helping out. The last part of Ewart's letter relates how one tank crew who were also forced to abandon their tank were mistaken for Germans (due to their unusual uniform) and were held prisoner for a while by some British infantrymen. Ewart finishes his letter by thanking his parents for a parcel they had sent him.

Two weeks later on 1 October 1916 Ewart received injuries to his leg and face resulting in treatment in the Australian General Hospital in France.

By April 1917 new tanks had arrived but, due to production difficulties, in the six months since their first use the number of tanks had only risen to 60. For the Battle of Arras, of these 60 tanks, just eight were allocated to the Canadian Corps, all of these being given to the 2nd Canadian Division. These eight tanks were from 12 Company, ‘D' Battalion. Once again Ewart Doodson was destined to be in the thick of the fighting. The eight tanks of 12 Company moved to Mont St. Eloi at the end of March and from there moved forward on the night of 7/8 April to a sunken road called Elbe Trench, north of the village of Neuville St Vaast. At 5.30am on 9 April - zero hour - four of the tanks moved forward with Canadian troops (6 Brigade, 2nd Canadian Division) and four with 13 Brigade (a British brigade which was on loan from the 5th Division).

Due to the speed of the assault, the tanks were left far behind by the infantry, whose advance captured the German trenches, and a position known as Hill 135, at relatively low cost. The terrain after the bombardment proved to be too difficult for the tanks and it was not until 7.15am that they managed to reach the German front line. The War Diary of ‘D' Battalion describes how "...the ground proved utterly impossible for tanks, all tank commanders got out and led their tanks on foot, but despite this precaution all tanks became ditched between the German second and third line. There they remained until dug out by their crews on succeeding days." Four of the tanks had become struck in a sunken track called Blenpense Ditch, the others in trenches.

Despite not engaging German troops, there were some casualties to ‘D' Battalion, the War Diary stating that two officers and eight other ranks were killed with nearly forty men wounded. Ewart was one of those who lost their lives.

A letter was published in the Dewsbury Reporter on 27 April from one of Ewart's comrades. The letter, from James Anderson, was dated 18th April and describes how three of the crew of the tank had

"...got outside to make a necessary adjustment and were working together when a shell dropped a yard behind us. Ewart and the sergeant were immediately unconscious. The sergeant died in a few minutes and Ewart lived for about half an hour but never regained consciousness and had no pain whatever....The wound was in his skull. I was with him till the end with his head on my knee. Every possible aid was given....I have his wristlet watch and some of his private things and will send them...."

Neither Ewart Doodson nor the sergeant (who was probably Charles McNamee) have a known grave and both are commemorated on the Arras Memorial to the Missing. The Memorial stands in front of the Faubourg d'Amiens British Cemetery and commemorates some 36,000 men who fell in the Arras area between 1916 and 1918 who have no known grave; the majority of the names are from the 1917 Battle of Arras 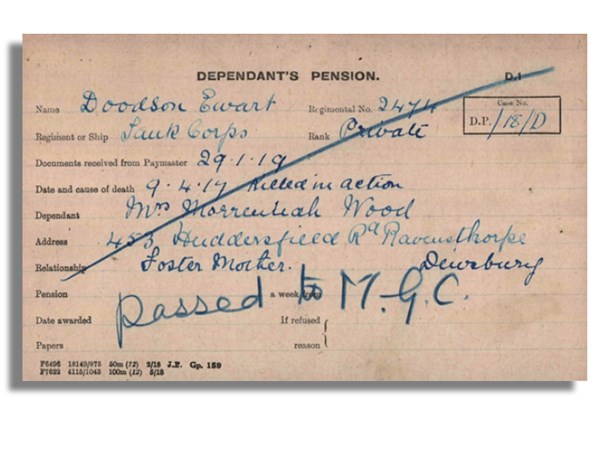 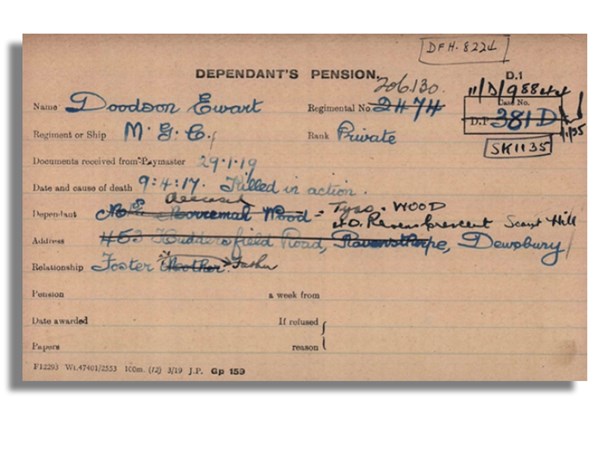