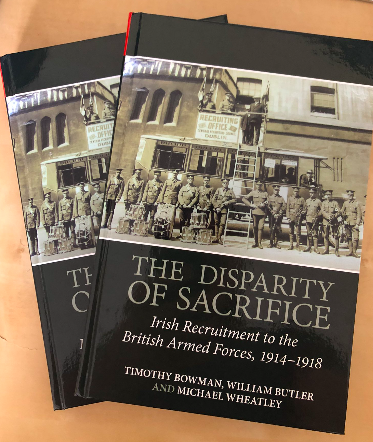 This book examines the military recruitment in Ireland during the Great War and is published by Liverpool University Press.

'This is a tremendously important and academically rigorous book, which will come to be seen as a seminal text in the study of Ireland's First World War. It punctures a number of myths about recruitment, and also has significant relevance to wider studies of the Irish Revolution.' Professor Richard S. Grayson, Goldsmiths, University of London