Chelsea and the disabled soldier

At the outbreak of war in 1914 each of the two great military departments, the War Office and the Admiralty, dealt with their own pensions. It was soon clear, however, that this system would be difficult to manage. This was especially so in the case of the War Office who used the Chelsea Hospital to calculate and pay any disability or widows pensions.

When paying disability pensions Chelsea used a series of ranges, each with a letter suffix. At the outbreak of war, they were using the ‘D’ suffix, case 15607/D having been paid shortly before the war, on 30 July 1914. 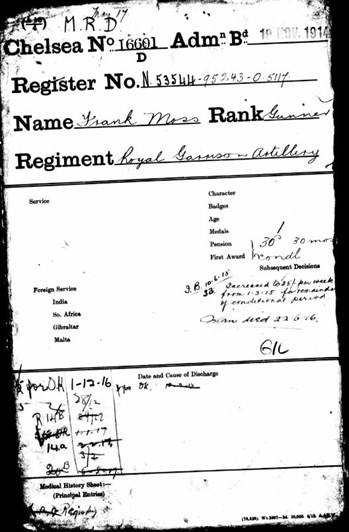 Above: Sample of a Chelsea pension calculation from Nov 1914. 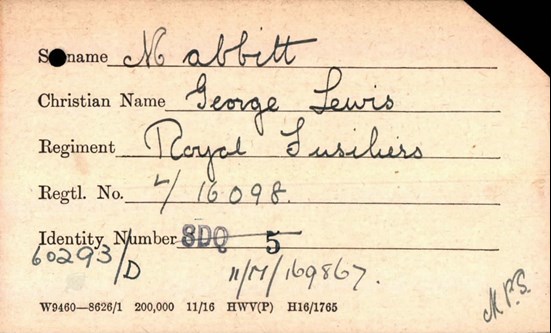 In June 1916 the decision was made to cease new use of the ‘D’ suffix and moved over to using the ‘E’ prefix. It is not entirely known why Chelsea started the change to a new suffix however the department was under great pressure and it may have been a way of trying to relieve some of this by changing working practices. 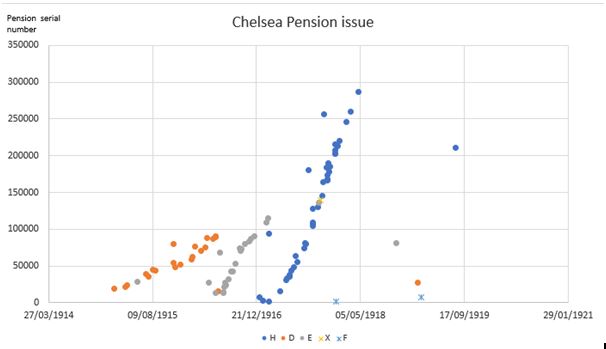 Above: chart showing the usage of the H, D, E, X and F codes on 'Chelsea cards' 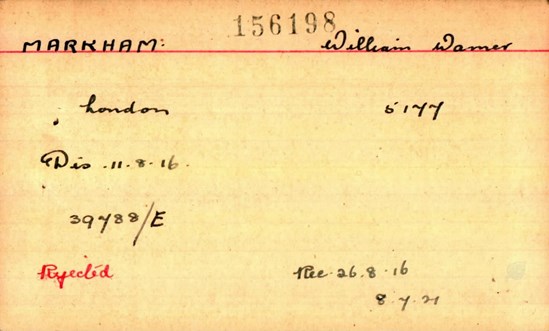 At the very start of 1917, Chelsea once again revised the way they dealt with the pensions and they moved on to using an ‘H’ prefix for new cases. 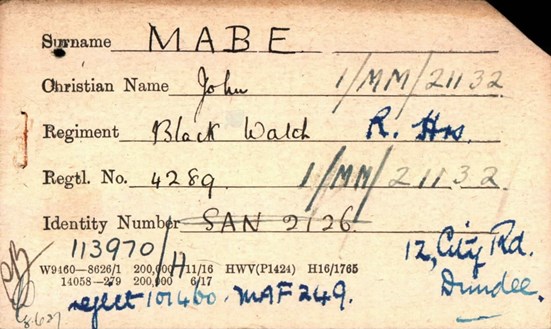 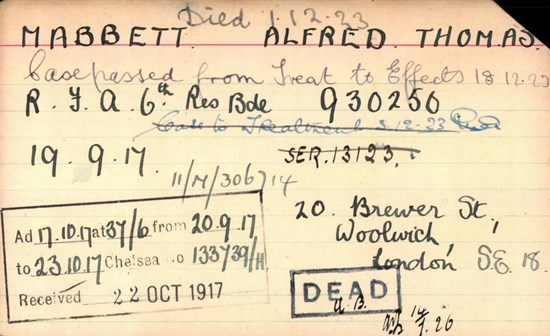 Again, the reason is not fully known, but it did correspond with the outlining of plans to create the Ministry of Pension to take control. By the end of April 1917, Chelsea had dealt with 128,068 claims from disabled men.

In October 1916 the War Office introduced the Class P reserve – this was a way of releasing soldiers to civilian work without formally discharging them. The men were, for pension purposes, regarded as having been released from the army at the date they were placed in the Class P reserve.

By August 1917 the Ministry of Pension was in full swing and various new divisions were set up to deal with the work that Chelsea had been dealing with. Chelsea, now known as ’M’ division, was to deal solely with awards to soldiers and alternative pensions, other pension claims were dealt with by their own divisions.

In May 1918 a new Pension Warrant was introduced to alter the rates paid and again this seems to have triggered a change in the way that Chelsea worked as it corresponded with the cessation of H suffix. For pension purposes the regiments and corps of the army were now split in to individual ranges of references – of the format AB1A/??? to AB1B/???.

On 3 December 1918 the War Office issued orders to allow men to be discharged to the Class Z Reserve.  These men were discharged on the basis that they would be placed in to a reserve commitment where they could be called back in service if the armistice broke down. These men would be issued references in format Z/Regiment/???. 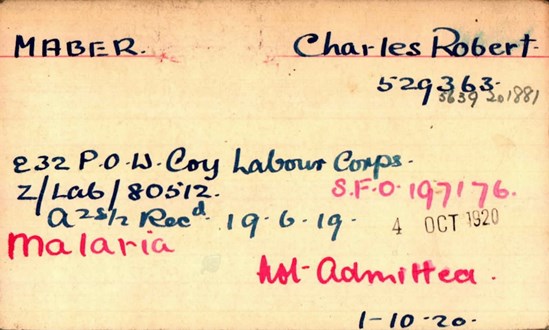 Above: This card uses the 'Z/Regiment/??? sequence.