Despite the football match, the evening was a great success with 26 people attending (15 apologies).

It was decided that the Branch would be known as the Chesterfield Branch.

A little about what led up to the formation of the Branch, The first Chairman was the guiding light behind the formation of the branch. He called a meeting using the WFA members database, of those who lived in the area Sheffield/Doncaster/North Notts/North Derbyshire. A group  met at the Chesterfield labour club, about end of 2009/start 2010. There  was interest in setting up a Sheffield/South Yorkshire branch and a Mansfield Branch, but it was decided at that meeting mentioned above  that Chesterfield was central geographically to both country and city. so the two interested parties  joined forces and set it up in Chesterfield, and has never looked back since with attendance blooming.

The objectives of the Branch is to :promote good fellowship and to further interest in the Great War (the War to end all Wars)We meet at Chesterfield Labour Club, 113 Saltergate, Chesterfield, 1st Tuesday of the Month.

Members of The Western Front Association and non-members are equally welcome to attend. We ask for a modest £3 donation on the door to assist in covering room charges and speaker expenses, The Club licensed bar is available for use by all attending our meetings.

Please note: as we use a private club's premises on your first visit we will ask you to complete a temporary club membership form at our Welcome desk. This is required to fulfil the Club's Licensing Regulations and is  regardless of whether or not you will use the bar. The annual one-off cost is covered by the branch out  of your donation.

(After the speakers talk there is a Q&A session with the speaker, followed by a raffle, raffle tickets can be purchased at the door for £1 per ticket.) 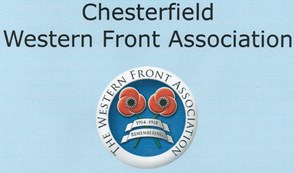 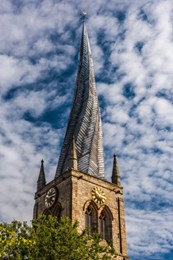 Après la Guerre Post-war blues, demobilisation and a home fit for very few. Peter's talk will deal with the men’s reactions to the end of war on the Western Front, the ramifications of the occupation of Germany, the prolonged process of demobilisation, and the life that soldiers and their families faced in a harsh post-war environment.      …

Sheffield’s smaller industries turned their hand to war work. The city is well know for its cutlery but it made many other things small steel items and components. The factories expanded and changed production to meet military needs; involving over 100,000 workers by the end of the war. The Speaker  will also give an insight into the…

Secret Victory. An overview of the British Army’s battle against venereal disease with a particular focus on the First World War. The problem of sexually transmitted disease in the army is considered from the point where records began in the 1860’s, and the various generally successful countermeasures which had reduced the problem dramatically by…