This talk discusses five Indian pilots who served with the RFC / RAF during the Great War.
Stephen will particularly focus on Hardit Singh Malik the subject of his forthcoming book 'The Flying Sikh'. Hardit Singh Malik started his life in Britain as a fourteen-year-old public school boy, who progressed to Balliol College, Oxford, before attempting to join the RFC. Although initially declined, he eventually secured him a cadetship. One of the things that set him apart was that, being a devout Sikh, he wore a specially designed flying helmet that fit over his turban!
Malik scored two victims before being himself shot down. 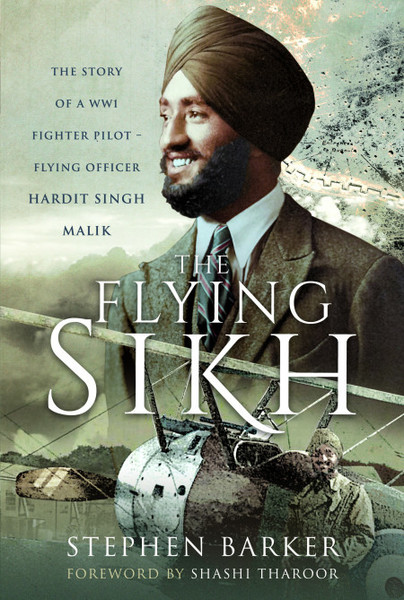 Stephen should have copies of his book at the talk, which is published by Pen and Sword.

More details about the book and how to purchase it can be found via the following link: