Dr Helen Brooks is a reader in Theatre and Cultural History. She is the Director of Research and Innovation for the Division of Arts and Humanities. She is editor of the forthcoming Cambridge Companion to First World War Theatre and is currently writing a book on theatre during and immediately after the First World War. 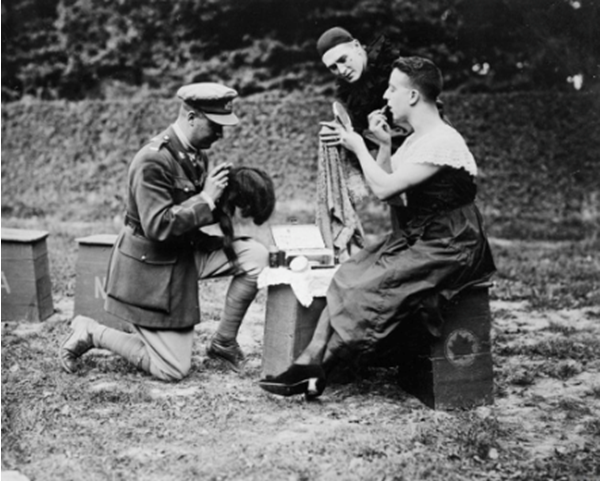 Above: A female impersonator of the "Maple Leaves", the Canadian Concert Party, making up for his role in a field on the Western Front.  © IWM CO 2013

​​Helen’s interest in First World War theatre covers both theatrical practices during and immediately surrounding the war years, as well as representations of the war in theatre since 1918. As a cultural historian she is interested in the ways that theatre and performance responded to and engaged with the experience of war both during and immediately after the conflict. 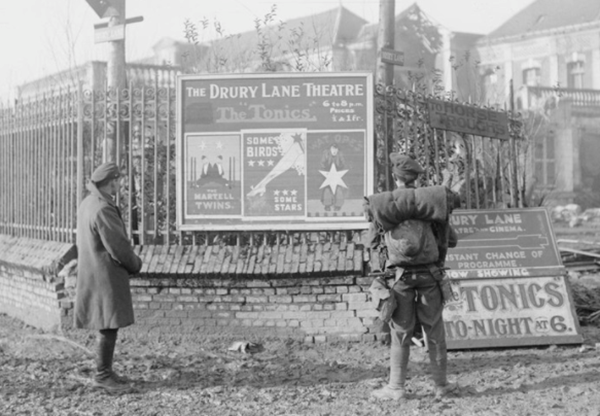 To register use this link > http://bit.ly/WW1Theatre

Or use the QR Code shown here >

Online, On Your Computer
ONLINE : ‘Great War Theatre: Both sides of public engagement’ with Helen Brooks and Mike Waters, H.E.M.Brooks@Kent.ac.uk