We welcome back Gordon Corrigan who will talk to us about the Christmas Day Truce of 1914.

Truces and armistices, brief halts in the fighting, temporary fraternisations, all are as old as warfare. They might be called in order to exchange prisoners, retrieve wounded or bury the dead, or, as in 1914, in celebration of a festival common to both sides. The difference in 1914 is that what occurred was widely publicised, and in many cases exaggerated.

On Christmas Day 1914 all along the Western Front (and on the Eastern Front too) there were sporadic instances of carol singing by both sides, leading to meetings in no-man’s-land, fraternisation, exchange of gifts and even at least one football match.  After a press embargo was broken in the neutral USA the British press reported it pretty much as it was, with pictures, the German press criticised what had happened, without pictures, and the French press said it was treason and only happened on the British sector.

This talk explains what really happened and not only what its effects were, but what they were thought to be. 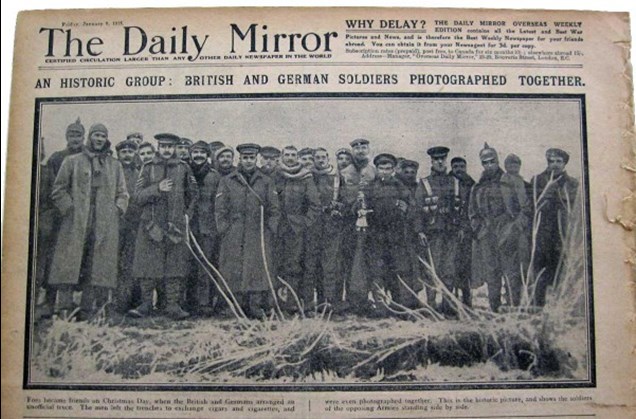 It is also possible to register by clicking this link: The Christmas Day Truce 1914

Your Computer, Your Home
ONLINE: The Christmas Day Truce 1914, office@westernfrontassociation.com