ONLINE: The Russian Civil War and the Allied Intervention Force

The Russo Japanese War of 1904-1905 was a wakeup call for the Russian military and by 1914 she was well prepared for a short war.  She was not prepared for a long war, and while no other combatants were either, their economy and administration could cope, where Russia’s could not.  Successive defeats and a breakdown in administration led to the abdication of the Tsar and the formation of a provisional government.  It was the decision of that government to stay in the war that led to the Russian Revolution and the subsequent civil war.

In this presentation, Gordon Corrigan will talk explain how the Russian civil war (which lasted from 1918 to 1922 and was fought between the Bolsheviks and a number of factions all with different agendas collectively termed White Russians) was supported by a British led Allied Intervention Force which included not only British but American, French, Czech and Japanese troops and the Royal Navy operating in the Baltic and the Black Sea and with gunboats on the rivers. 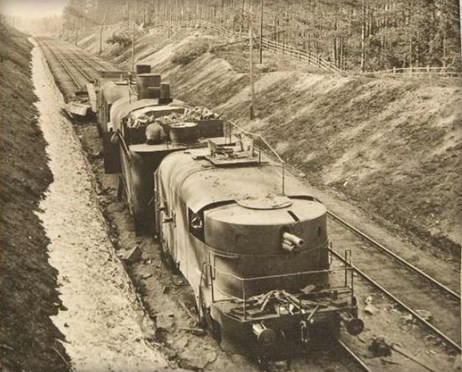 Above:  Red Guard armoured train de-railed near the city of Vyborg

It is also possible to register by clicking this link: The Russian Civil War and the Allied Intervention Force

Your Computer, Your Home
ONLINE: The Russian Civil War and the Allied Intervention Force, membership@westernfrontassociation.com