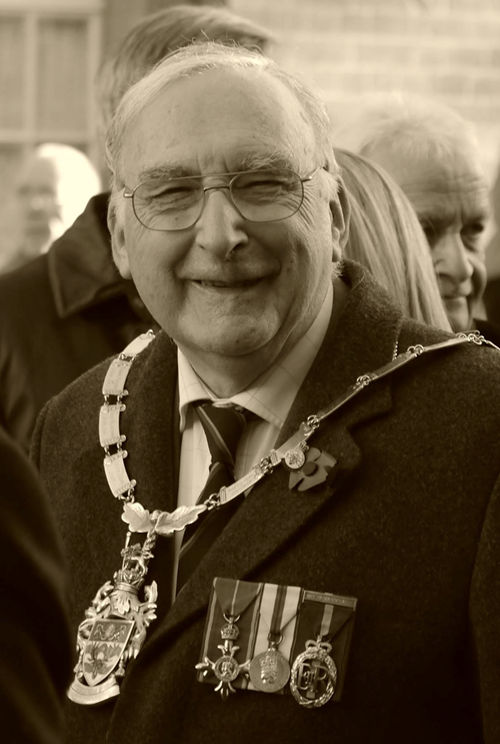 It is with great sadness that The Western Front Association mourns the death of Bob Wyatt, such a significant figure in the association's history. Over the next few days, and passing weeks, we look forward to sharing recollections, your thoughts and memories here.

I first met Bob early in 1987 when Bob was appointed Deputy Honorary Editor of Stand To!, a position he held for five years before being appointed Stand To!’s Review Editor.  Bob had an encyclopaedic knowledge of military books and was ideally suited for each of those appointments.  Indeed, Bob continued to serve the WFA as its Review Editor for some 25 years until David Filsell took over that rôle.  In addition to Bob’s rôles within the WFA, he also edited the Military Historical Society’s Bulletin for, as I recall, at least 30 years.

Bob had an extremely wide range of interests and one could never be bored when in his company.  He started collecting military books in 1944 and his collection grew to become perhaps the largest private collection of military books in the country.  His library was huge but he knew every book in it and where to find it. Bob systematically took down and dusted all his books on a rotation basis – rather like painting the Forth Bridge!  He also regularly attended the many naval and military book fairs that used to be held in London and Tunbridge Wells at which he would trade and share his knowledge with other bibliophiles.

Bob was also the author of a number of books, particularly relating to the Austin Seven.  He also wrote Death from the Skies: The Zeppelin Raids over Norfolk 19 January 1915 which was published on the 75th anniversary of those raids.  Bob gave a most interesting talk on those air-raids to many WFA branches throughout the 1990s and I know that many older members of the WFA will recall Bob’s talks with fond memories of him.

Bob had joined the Royal Institute of Mechanical Engineers for his National Service in 1952 and had remained in REME on a short-service engagement until 1960 when he left the Army to join the Automobile Association as their Transport Manager.  He joined the Royal Military Police (Army Emergency Reserve) in 1963 where he remained until he retired in 1981 as Brevet Lieutenant-Colonel. He held the MBE and the TD (Territorial Decoration). Bob was born at Ipswich and his special interest was the Suffolk Regiment.  I remember Bob - on one of my many visits to his home – opening a huge wardrobe to reveal his large collection of Suffolk Regiment uniforms!

Bob also served on Wokingham Borough Council (and Wokingham Town Council prior to 1974) for 50 years.  He was Mayor of Wokingham in 2012 and, in 2016, was appointed as Wokingham’s first Honorary Alderman. He was also the author of books on the history of Wokingham.  Indeed, he was known by many in Wokingham as ‘Mr Wokingham’.

Bob was an absolute gentleman and those who had the absolute pleasure of knowing him and visiting him at his home in Wokingham will miss him greatly.

Jon Cooksey, Editor of Stand To! the journal of The Western Front Association writes:

I remember I wrote in Stand To! 109 that that particular issue was ‘special’ both for me as editor and indeed all members of the WFA, as it marked the ‘retirement’ of Bob Wyatt, a person whose voice all came to know and respect in the pages of Stand To! for almost as long as I can remember and at least 30 years. He had been introduced to readers as far back as issue no. 19 along with the ‘new’ editor Bob Butcher as a ‘double act’; Bob Butcher became the ‘Hon. Editor’ with Bob Wyatt as his deputy. There was no official post of ‘reviews editor’ for Stand To! at that time but Bob was already reviewing extensively for the magazine and it was inevitable, given his deep well of existing knowledge on the subject, his extensive personal library of military volumes – which he began to assemble at age 13 incidentally - and his innate and insatiable curiosity, that this avowed and passionate bibliophile would assume the mantle of chief reviewer. He was one of few men – if not the only man - I know who could really do justice to a piece entitled ‘Books about Books’, a learned exposition on bibliographies of Great War books. By issue no. 23 Garrison Library was being printed with a ‘note to readers; ‘all reviews by Bob Wyatt unless otherwise stated.’ Bob was a shoo-in for the post of reviews editor which was formalised a little later and he filled that post with professionalism, dignity and distinction working closely with three editors - Bob Butcher, Anne Clayton and me - until a little over a year ago. During that time he built a trusted panel of reviewers and achieved a consistent approach: robust and firm at times, yes, but above all fair.

I was aware of Garrison Library of course when I began editing Stand To! with issue no.80 but although I had edited a military magazine previously I had not really appreciated just how integral it was to the overall concept of the journal. I know, because I have heard it said many times, that Garrison Library under Bob’s stewardship was in many cases the first feature members and readers turned to and, indeed  still do today. It therefore needed to be ‘right’. With the sheer number of books on a range of diverse topics it was, and remains, impossible for the editor to edit the contributions AND manage the book reviews. The sheer logistics of the role are daunting enough, never mind ensuring the reviews are in and edited ready for dispatch to the editor by deadline.

I was in good – no, I was in great – hands with Bob. An ‘old sweat’ by issue 80, he had been at it a long time and it would have been easy for him to have adopted that ‘look here sonny’ approach. But that was not Bob’s style. Bob was a team player. It was the quality of the magazine for the member and the reader which was paramount, not personal aggrandisement. 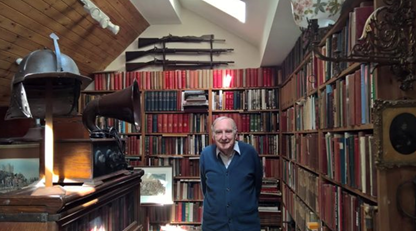 I remember not long after taking on the editor’s role driving over to Bob’s for a ‘chat’ as to how things might develop. I was a little nervous about the enormity of the role but Bob dispelled the nerves. After a cup of tea he took me around his library and he – literally – educated me in the rare, the obscure and the precious! I could have stayed browsing and reading all day, all week - a month! I came away knowing ‘reviews’ was in good hands and, more to the point, I knew I was.  Bob was a ‘rock’ for to me in my new role in coordinating what continues to be a key feature of Stand To! and one which Bob really shaped into what it is today.

I wrote to him in February 2017 when I first heard that he wished to step down: ‘Believe me when I say that I will be very, very sorry to see you 'retire' Bob. You have been a constant pillar of support for me since my first ST - no. 80 - in coordinating what is a very important feature … I can't begin to tell you how much I appreciated knowing that Garrison Library was always - always - 'in the bag', in order and in good time. I am deeply grateful for all you have done for the WFA Bob and for me personally. Thank you very much indeed.’ It was entirely typical of the man that he responded by actually thanking me ‘…you have made the job so easy and I thank you for your support over your editorship. I do feel that at 86, having knee troubles and a general slowing down, and it being time for a change of approach … I must have joined [the WFA] before1986 as it was in or before December 1986 I became Deputy Ed. of ST (Number 18), and served with Anne Clayton and Bob Butcher, taking on the review job which I seem to have had formalised in ST 20 - August 1987. You can see that it is about time I went! More than 30 years!!!!’

In fact Bob either edited Garrison Library or contributed to it under David Filsell’s editorship throughout the important centenary years and the larger ‘special editions’, which of course required more input from the reviews editor due to the sheer deluge of volumes on the Great War. He even had reviews published under his own name as recently as issue no. 112 at the age of 87. A remarkable record and a true inspiration to us all.

Way back in issue no. 19 Bob stated for the record that his aim for Stand To! could be ‘surely stated’ in a few words: ‘To keep up the good work.’ He did just that and in honouring his memory we will try to uphold his commitment. 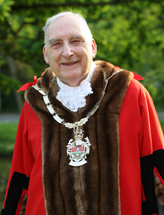 Bob was very active in the Wokingham community as a councillor and mayor. He was recently made Honorary Alderman in recognition of his long service. 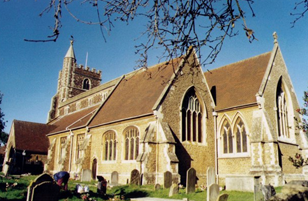 The funeral is to be held on Monday 15 April at 11.30 am. It is to be held at All Saints Parish Church in Wokingham and afterwards at the Town Hall. All who wish to pay their respects are welcome. Note: Parking in Wokingham is very difficult and there is none at the church. However, there is a large pay and display car park a short walk away from the church and then very conveniently placed for the Town Hall.

Further recollections and thoughts will be included here as they are submitted Bob's family, friends and colleagues.