This year’s Western Front Association 'Project with Prizes' asks 12-14 year old secondary school students to think about the roles animals played in the First World War. Using examples from Michael Morpurgo’s War Horse as their starting point, students are invited to submit either:

Animals in the First World War

'I felt Captain Nicholls’ knees close right around me and he loosened the reins. His body was taut and for the first time he felt heavy on my back. "Easy Joey," he said softly. "Easy now. Don’t get excited. We’ll come out of this all right, don’t you worry."

…I never saw Captain Nicholls again and that was a great and terrible sadness for me for he had been a kind and gentle man and had cared for me well as he had promised. As I was to learn, there were few enough such good men in the world.'

'I first noticed that Topthorn was failing when I felt the gun pulling more heavily than before. We were fording a small stream when the wheels of the gun became stuck in the mud. I turned quickly to look at him and saw him labouring and low in his stride. His eyes told me the pain he was suffering and I pulled all the harder to enable him to ease up.

I noticed however that when the vet came that day checking along the lines, he looked long and hard at Topthorn and listened carefully to his chest. "He’s a strong one," I heard him tell the spectacled officer – a man whom no one liked, neither horses not men. "There’s fine breeding here, too fine perhaps Herr Major, could well be his undoing. He’s too fine to pull a gun. I’d pull him out but you have no horse to take his place, have you? He’ll go on I suppose, but go easy on him, Herr Major. Take the team as slow as you can, else you’ll have no team, and without your team your gun won’t be a lot of use to us, will it?"

"He will have to do what the others do, Herr Doctor," said the major in a steely voice. "No more and no less. I cannot make exceptions. If you pass him fit, he’s fit and that’s that."

"He’s fit to go on," said the vet reluctantly. "But I am warning you Herr Major. You must take care."

"We do what we can," said the major dismissively. And to be fair they did. It was the mud that was killing us one by one, the mud, the lack of shelter and the lack of food.'

The Art of 'War Horse' 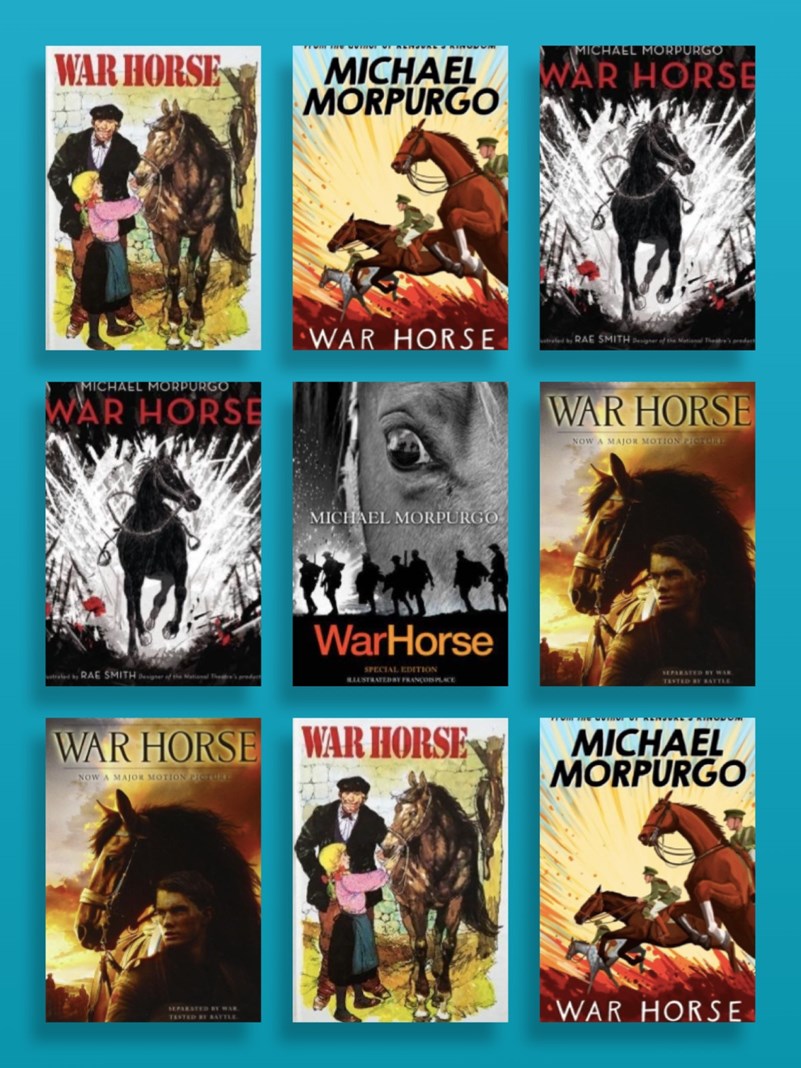 Horses were not the only animals that were put to work in the First World War. The Imperial War museum tells us that: