According to a report from the BBC, a ‘lost’ tunnel has been opened up in the Chemin des Dames and “some of the 270 soldiers whose lives were lost in the Winterberg tunnel have now been identified”

The report, by Hugh Schofield says “Near the village of Craonne, the Winterberg tunnel ran for 300m from the north side of the crest - invisible to the French - and came out to supply the first line of German trenches on the south-facing slope.” After a shell explosion blocked the entrance, the report goes on “…the men from the 10th and 11th companies of the 111th Reserve Regiment were trapped. Over the next six days, as oxygen ran out, they either suffocated or took their own lives.” 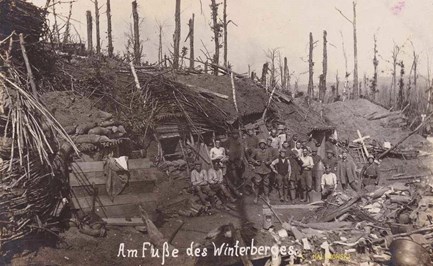 “Although ‘lost’ for over a hundred years, a local man called Alain Malinowski could not get the tunnel out of his head. It was out there somewhere on the ridge.

“Working on the Paris metro in the 1990s, he travelled daily to the capital and used his spare time to visit military archives in the Château de Vincennes. For 15 years he accumulated descriptions, maps and prisoner interrogations - but to no avail. The landscape had been too badly disfigured by bombardment to make any meaningful comparison.

“But then in 2009 he chanced on a contemporary map showing not just the tunnel but also a meeting of two paths that had survived till today. With painstaking care, he measured out the angle and distance and arrived at the spot, now just an anonymous bit of woodland. 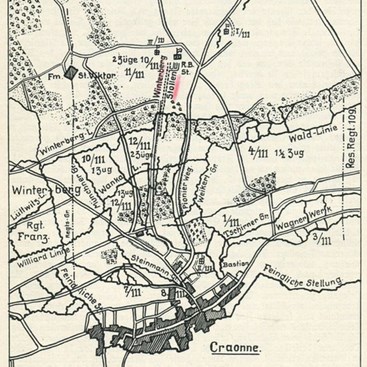 "I felt it. I knew I was near. I knew the tunnel was there somewhere beneath my feet," Alain Malinowski told Le Monde.

Alain’s son Pierre took a hand, and one night in January last year Pierre led a team that brought a mechanical digger to the spot his father had identified. They dug down four metres, and what they found proved they were indeed at the entrance to the tunnel.

There was the bell that was used to sound the alarm; hundreds of gas-mask canisters; rails for transporting munitions; two machine-guns; a rifle; bayonets and the remains of two bodies.

"It was like Pompeii. Nothing had moved," said one of the team.

Pierre Malinowski then covered up the hole, leaving the place as anonymous as he had found it, and he contacted the authorities. Ten months later, again frustrated by the slowness of the official response, he went public and told the story to Le Monde.

To read the full story, visit the BBC website.