The Cenotaph on Armistice Day 11 November 2021 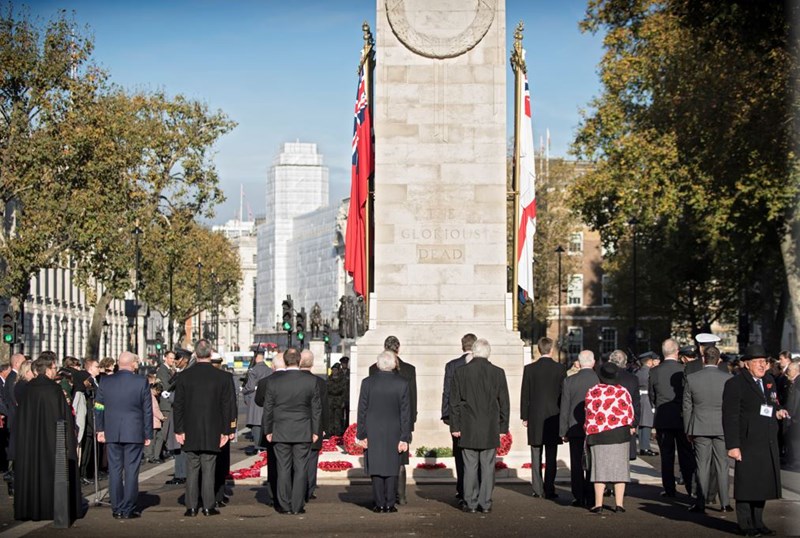 Actor Nick Bailey read ‘In Flanders Fields’ at the Cenotaph on Armistice Day and to remember one of the first Black British officers of The Great War. Nick said a few words at the Cenotaph about Walter Tull, one of the first Black British Army officers of The Great War who lost his life at the Second Battle of The Somme in 1918. Tull, who was also this country’s second Black professional footballer, had no known grave but was remembered at the Arras Memorial. Nick also delivered a reading of ‘In Flanders Fields’ by Canadian poet John McCrae who died in January 1918.

Guests of honour at this year’s ceremony included Dan Jarvis, MP for Barnsley Central, Mayor of South Yorkshire, Vice Admiral Sir Tim Laurence and James Heappey, a former officer in the British Army and MP for Wells in Somerset who is currently the Minister for the Armed Services.

There were representatives from the Chinese Labour Corps, Caribbean Labour Corps and schoolchildren from seven schools who had participated in a Western Front Association sponsored history competition. 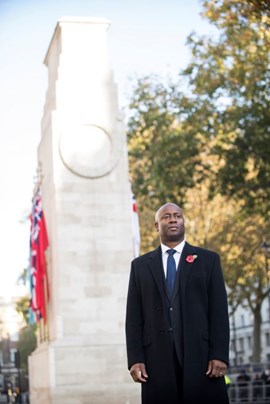 “I’m particularly grateful to The Western Front Association for their efforts to reinstate the neglected stories of the contribution of Chinese, African/African Caribbean and other groups of often marginalised participants of the First World War who made a massive contribution to the war effort at the time"., Nick Bailey said, adding that "The Cenotaph represents a legacy for those affected by or lost in war, and I’m proud to have the opportunity to lend my voice to the gratitude and thanks of the nation. It will be an honour to share Walter Tull’s name, achievements and legacy with people - so that he rests with us, not just in our past.”

It is 27 years since The Western Front Association campaigned to reinstate the Armistice Day ceremony after it lapsed in 1946 in favour of Remembrance Sunday. The WFA has hosted this event since 1994, unless 11th November falls on Remembrance Sunday.

The WFA was formed with the purpose of furthering and maintaining interest in The Great War. It aims to educate, and to perpetuate the memory, courage and comradeship of all those who served their countries on all sides during the Great War. Since the centenary years of the Great War its membership continues to grow.

Rich Hughes, Trustee of the WFA, said: “Our commemoration this year is very important because we now enter a second century since the end of the Great War. The centenary commemorations of 2014 to 2020 are behind us but the Western Front Association will continue to remember the courage and comradeship of those of all sides who served in the conflict. As well as the tragedy and scale of loss, modern society was shaped by the war and can only be understood by reference to the changes it brought about.”

Dan Jarvis said: “It is a huge honour to be a part of the Western Front Association’s Armistice Day ceremony. I’d like to pay tribute to everyone at the Association, not just for the efforts that have gone into organising the commemoration, but for the tireless work all year round to preserve the memory of those who fought and fell in the First World War.