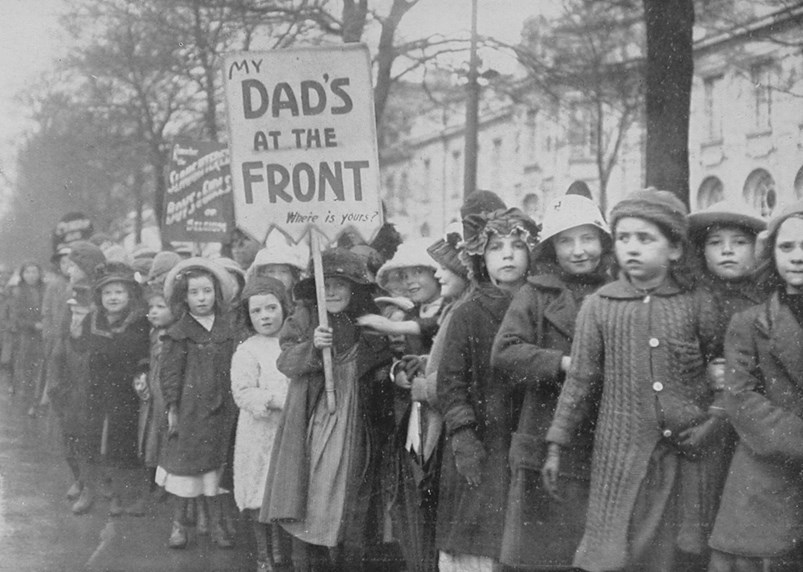 We are delighted to announce a new competition for 12-14 year olds for this autumn. It is about recruitment and the First World War.

Students are asked to research posters used during the First World War; a link to a gallery of posters is provided below. Students should then think about the reasons why both men and women, from across the British Empire, would enlist.

NOTE : These details and instructions are available as a downloadable PDF. Simply click on the download link on the left hand corner of this page.

Students are invited to:

Design an original recruitment poster which targets one of the reasons men or women had for volunteering to join the war effort.

Write a speech to be delivered in a Town Hall, Village Square or in another public place like a cinema by a local mayor or an important local person to encourage volunteers. You should use persuasive language and you may include as many reasons as you like. (500 words max.)

Write a letter to a member of your family or a friend explaining that you have joined up and why. (500 words max.)

You can make your posters or speeches or letters relevant to your own local area but you do not have to recruit (or be recruited) in Britain if you are more interested in recruitment overseas. If you are literate in a community language you are welcome to use that but we would be grateful for a translation!

Entries should be submitted by teachers to education@westernfrontassociation.com

Look at these posters from the Imperial War Museum 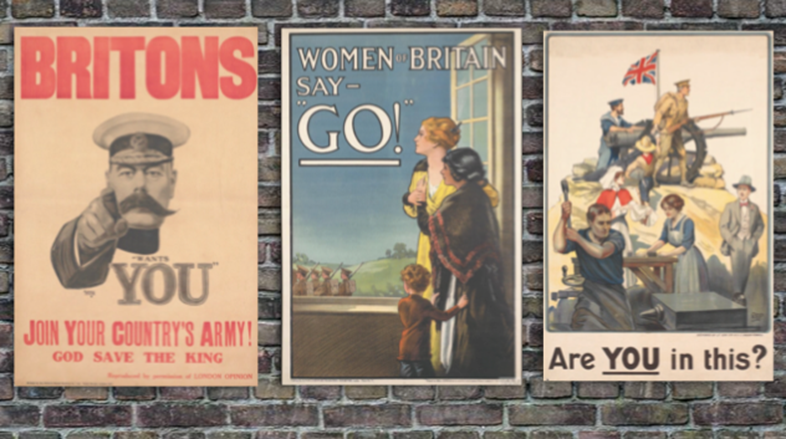 Discuss how they are trying to persuade men and women to join the war effort.

Recruitment in the First World War 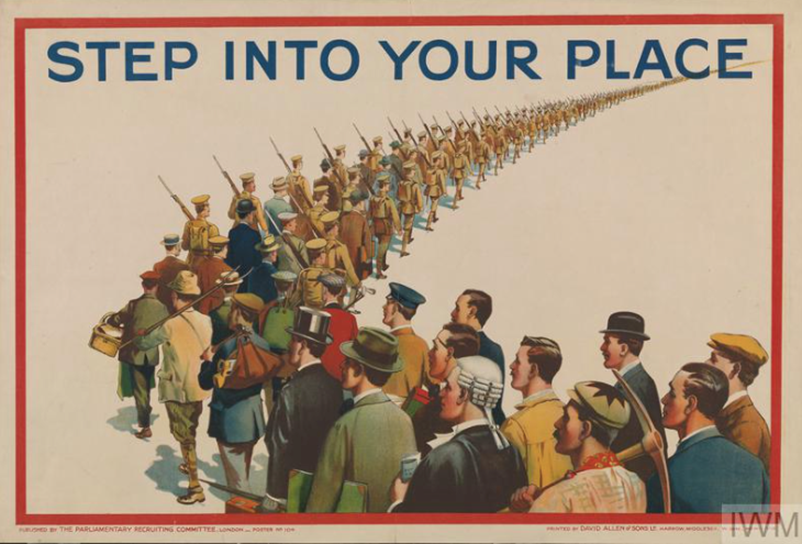 At the beginning of the First World War in 1914 it was quickly obvious that the United Kingdom’s existing regular army would not be big enough to cope with the war that lay ahead. The government therefore set about recruiting a huge volunteer army of men from every city, town and village across the United Kingdom (which included the whole of Ireland at the time) and from the countries of the British Empire such as India, the West Indies, South Africa, Australia, Canada and New Zealand. While most recruits became soldiers, others joined the Royal Navy or Royal Flying Corps and became sailors or airmen. 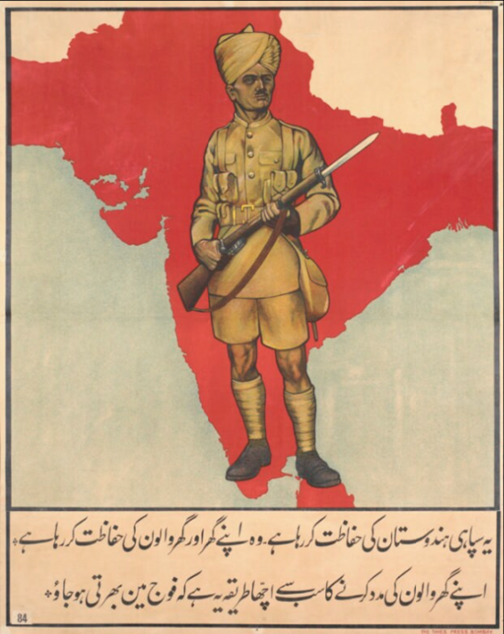 Of course, there was no television in 1914 and, although there was radio, most recruitment campaigns involved posters, pamphlets, newspaper advertisements and speeches at public meetings.

Reasons why men enlisted in the First World War

There were many reasons why men might want to join up and recruitment campaigns targeted all these:

Women in the First World War 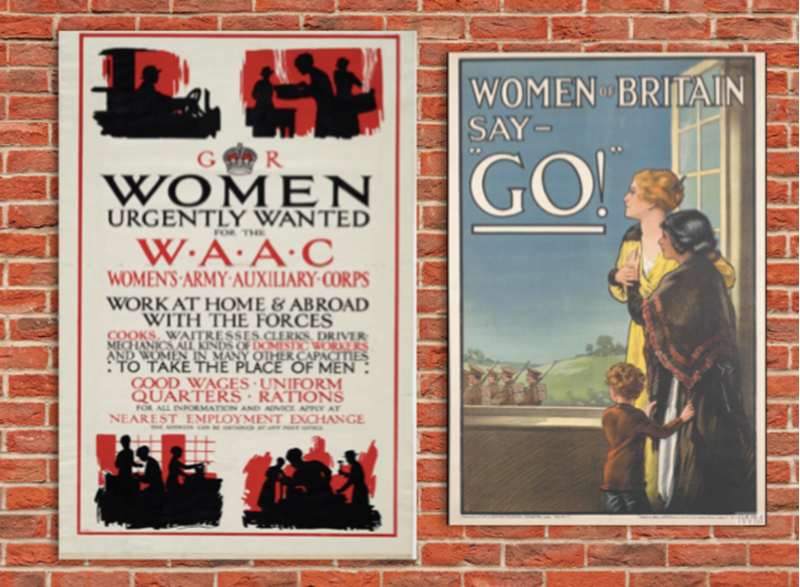 Women were also needed for the war effort at home and abroad. At home, women were recruited to work in munitions factories or to take on what had once been men’s jobs in other factories, for example, or to drive public transport. They also joined the military as non-combatants such as cooks, drivers and mechanics or became nurses or ambulance drivers and they might have served in Britain or abroad.

Women’s reasons for joining up were similar to men’s, especially:

Bear in mind that until now, women’s opportunities for good pay and an interesting life outside the home were very restricted so becoming involved in war work may have been very attractive to many women including those who had been campaigning for votes and rights for women before the war.

Entries should be submitted by teachers to education@westernfrontassociation.com

Additional Resource: 6 minute video on World War I Poster from the IWM on YouTube > https://youtu.be/ciChmcUDTmI