In Flanders Fields Museum, Ieper – School of History, University of Kent in partnership with the Western Front Association and the Gateways Partnership present details of the seminar series, 2022-23.

This is the seventh series of eight seminars on the history of the First World War, free and open to all.

Parking at the University is free after 5 pm in permit and pay and display car parks. 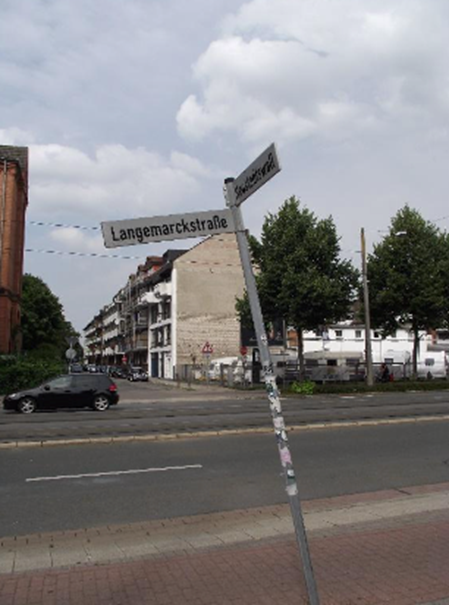 Today there are some 35 streets or squares named 'Langemarck' (typically spelled with a 'ck', but sometimes with a simple 'k') in German towns. Where does the name originate from, and when and why were streets named after 'Langemarck'? Many Langemarck streets were created during the Weimar Republic; after 1933 their number increased exponentially. The Nazis wanted to ensure that 'Langemarck' became part of the fabric and rhythms of urban life. Langemarck began to leave its mark on the paraphernalia of quotidian life such as business cards and roadmaps. People waited at bus stops called 'Langemarckstrasse', and the names of these stops were shouted out on public transport. The intention was to create organic forms of commemoration that would subtly infiltrate the everyday. After the end of the war most Langemarck streets were renamed. Those that were not have sometimes sparked heated debates. This talk will explore the history of Langemarck streets in Germany from the interwar period to today.

N.B. This seminar exceptionally takes place on a Wednesday 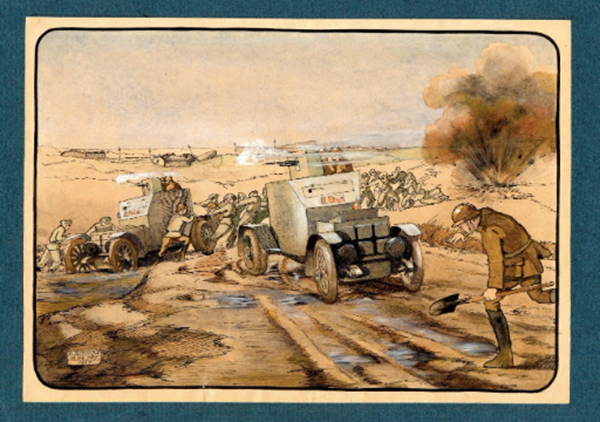 The Belgian Army’s First Armoured Car Unit, organized in Paris and known as ACM, was transferred to Imperial Russia in 1915. The ACM-Belgians arrived in Saint Petersburg by the end of 1915 and in the summer of 1916 their combat cars were deployed on the Galician Front in western Ukraine against Austrian and German troops. In 1917, the Belgians got involved in the Russian Revolution and got stuck in Kiev when the city was occupied by Bolshevik troops. In early 1918, the ACM-men traveled by train through Siberia and had to ward off Bolshevik attempts to stop them. An American ship picked them up in Vladivostok, whereupon they crossed the Pacific Ocean and disembarked in San Francisco. This was the start of their grand tour with military parades across the USA to New York. In this presentation, researcher and author August Thiry illustrates the amazing adventures of the Belgian armored car unit during the Great War with many never before seen photographs. 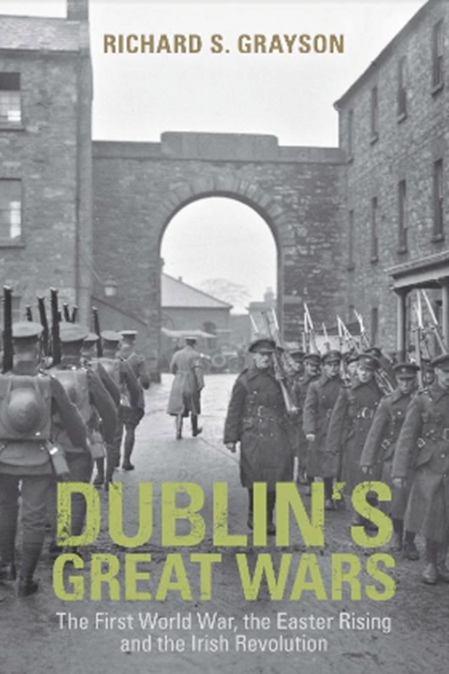 Traditionally, the story of Irish involvement in the First World War has been told in narratives separate to those of the Easter Rising and the wider Irish Revolution. Richard Grayson's 2018 book Dublin's Great Wars, offered a new narrative which combined all these events and processes, showing how the conflicts were closely intertwined. It also told the stories of men who fought for the British Army during the First World War, and then against it in the War of Independence. In this talk, he will discuss his methods, narratives and analysis. 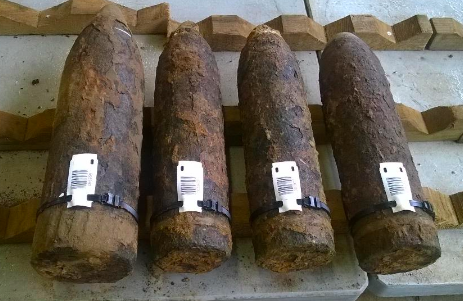 World War I left Flanders’ Fields littered with duds threatening the local population even today. A classic rule of thumb is that one in three shells did not function resulting in an estimate of 300 million projectiles left in the ground after the Great War ended. Ever since 1919, the Explosive Ordnance Disposal Group, being the sole actor mandated to dispose of explosives, has been ‘harvesting’ this so-called ‘Iron Harvest’. As the result of the experience gained by its operators and the continuous evolution of the technologies used, the unit at ‘Poelkapelle site’ acts as a benchmark for countries struggling with the same threat. 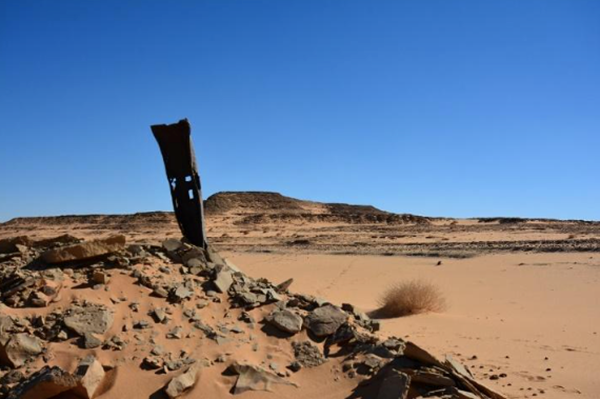 Between 1916 and 1918, the Arab Revolt in southern Jordan created a unique archaeological record of a desert insurgency which changed the Middle East and brought modern guerrilla warfare to the world. Ten years of fieldwork between 2005 and 2014 by Bristol University’s ‘Great Arab Revolt Project’ investigated these remains for the first time. The discoveries were extraordinary - a vast conflict landscape of guerrilla actions and counter-insurgency tactics unknown to anyone except the Bedouin for 100 years. Ruined Hejaz Railway stations, Turkish Army camps, Rolls Royce armored car raiding camps, hilltop forts, machine gun strong-points, and the extraordinary remains of the iconic train ambush immortalized in David Lean’s 1962 Hollywood epic Lawrence of Arabia. 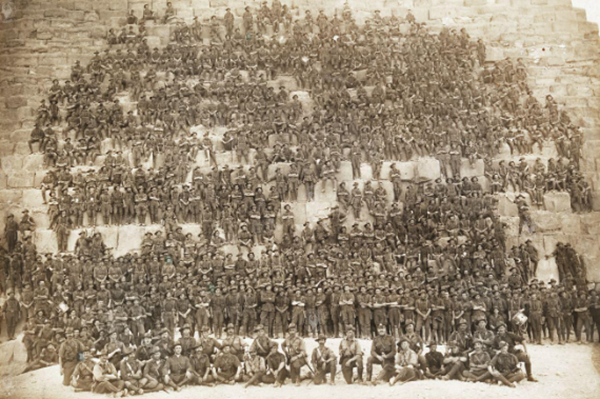 During the First World War, fighting took place in different parts of the world. The leaders of the belligerent parties constantly had to decide on the approach to each battlefront. War fronts were never isolated cases but functioned as communicating vessels, likewise, in Flanders Fields and the Middle East. Seen through the prism of war, thousands of connections can thus be brought to light between In Flanders Fields as a metaphor for the front in Flanders and the Middle East. Sometimes that connection touched on the highest levels of strategic decision-making. Usually, however, the connection runs through the trail of soldiers who swapped the sand of the desert for the mud of Flanders, or vice versa. These relations ran in various ways through the lives and war experiences of thousands of soldiers: through their pre-war professions, a family tie, through exchanging one front for another, through origin, or simply through coincidence. In this presentation, Pieter Trogh explores this fascinating subject using numerous examples. 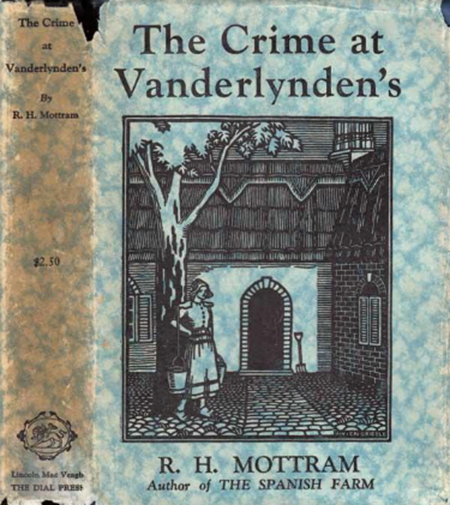 The British had a vision of the landscapes and people of West Flanders long before the guns were first heard on the Western Front. These imaginings were brought to the trenches where they were confronted with the appalling realities of modern war. This process created new interpretations in art and literature which drew upon the pre-1914 imaginings. Regardless of the state of destruction, British troops realized there was something distinctive about the Flemish landscape and often compared it with home and other sections of the Western Front, particularly the rolling chalk downlands of the Somme region. Using poetry, novels, paintings, and cemeteries and memorials this talk will explore British interpretations of the Flemish landscape, the qualities they saw in it, and how that landscape has helped shape British visions of the entire conflict. 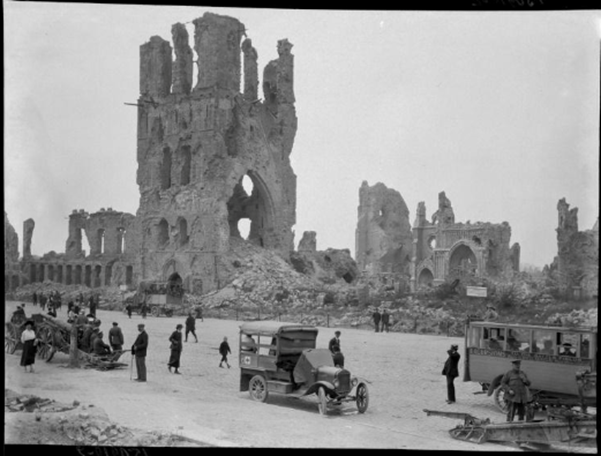 A generously illustrated presentation explores the multiple and evolving iconic value of the Ypres Cloth Hall: as an icon of medieval civil architecture, of the power of destruction in an industrial war, of (the sacrifice of) the British Empire, of the Reconstruction after the First World War and as the beating heart of the local community. In a coda, the question of the 'authenticity' of the Ypres Cloth Hall is being (re)considered.