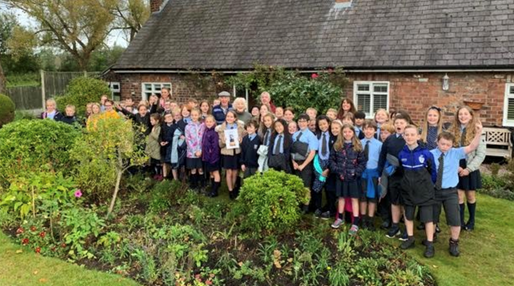 The Western Front Association today has formally announced the primary and secondary schools that were awarded prizes for their pupils’ submissions to the 2021-2022 Malcolm Doolin Memorial Award for local research into the Great War.

Malcolm Doolin was a WFA member and educational consultant who had a passionate interest in the Great War; the Award in his name aims to encourage research by school children into the First World War in their local area.

The judging panel for the competition were looking for entries that were original, communicated their research through a publication, display or performance and showed partnership working, either with local schools, museums, churches or the Western Front Association branch in their area. The competition aimed to award two prizes of £500 each and runner up prizes of £50.

“We were delighted to see the entries from schools this year. We had a range of projects exploring different aspects of how the Great War affected local people from different parts of the UK. Entries included a video, art work and models, a special book and PowerPoint presentations. The quality of entries this year was so good that we decided to award three awards of £500 rather than two as had been envisaged. We were particularly encouraged to see that local WFA branches supported schools in their area to help put submissions together.”

The Western Front Association is currently holding two other competitions for school children: