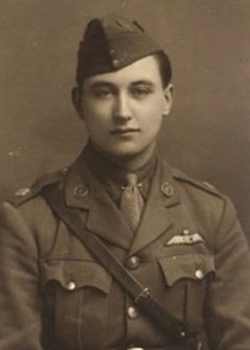 Age 4 at the 1901 Census, Horace lived at 63 London Road (Rosenruth), Reigate. The family home included his parents, his 1 year old sister Irene, their cook and a housemaid.

Horace went to Oakshade Prep School and then Cranleigh. 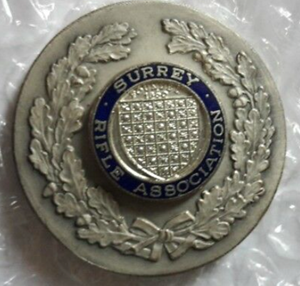 He was a good shot. He represented his school at Bisley, and was Captain of the team when he won the Surrey Rifle Association Silver Medal for the best shot among the Surrey Cadets.

A dental apprentice, registered with a place as a medical student at Guy’s Hospital, in February 1915, age 19 years, Horace enlisted with the R.E Motor Group as a Despatch Rider. According to his Service Record, Horace was living at home at Sunningdale, London Rd, Reigate. 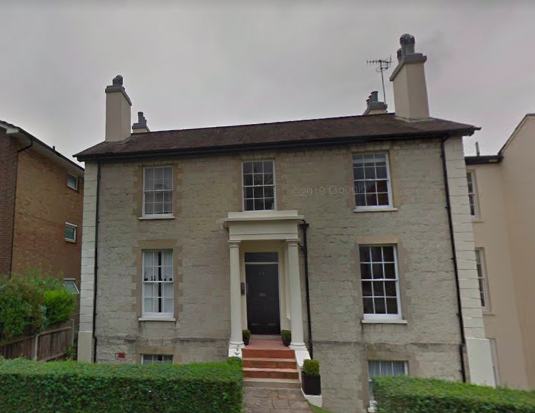 Horace served with the B.E.F. in France and Flanders from 29 May 1915. Breaking his collar-bone he was invalided home.

He was turned down for a commission in the Army, perhaps not helped by receiving a reprimand for ‘neglect of duty; on 18 March 1916. However, dependent on a medical examination, he was able to go on and gain a commission in the Royal Flying Corps 3 June 1916 and was directed to report ‘to the Officer Commanding … for a course of preliminary instruction on aviation’ at Christ’s Church College, Oxford.

His Service Record shows the complex machinations of his service career as he was transferred or discharged. 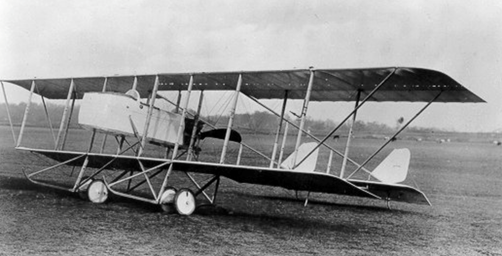 He hadn't been in the air for long when he spent three months in hospital in Le Havre with blood-poisoning.

He rejoined his squadron Feb 1917.

A few weeks later, while on patrol over the lines north east of Ypres, Horace Bowden was killed in aerial combat 11 March 1917. He was 20 years old. 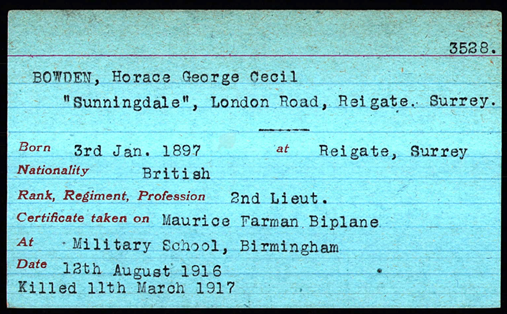