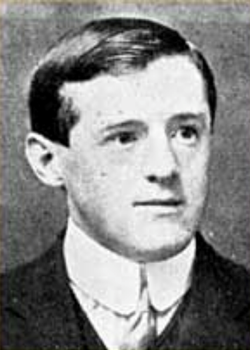 Arthur Swindlehurst was born in Skipton in 1893.

Arthur was the son of Edward Swindlehurst (a train driver) and Hannah Maria Swindlehurst.

In 1911, age 20, Arthur was still at home with Amy, Thomas, Alfred and Alice. Arthur was a shoemaker before the Great War.

The family were living at 14, Airdale Terrace, Skipton, Yorkshire, at the time of Arthur's enlistment in May 1915. He arrived in France on 7 October 1915 as part of a reinforcement draft to replace heavy losses received at Loos.

Taking over trench-holding duties in the Armentieres sector from his arrival, Arthur was killed by shellfire around midnight on the night of 11/12 January 1916 without taking part in any major engagement.

He is buried at Cité Bonjean Military Cemetery, Armentieres. 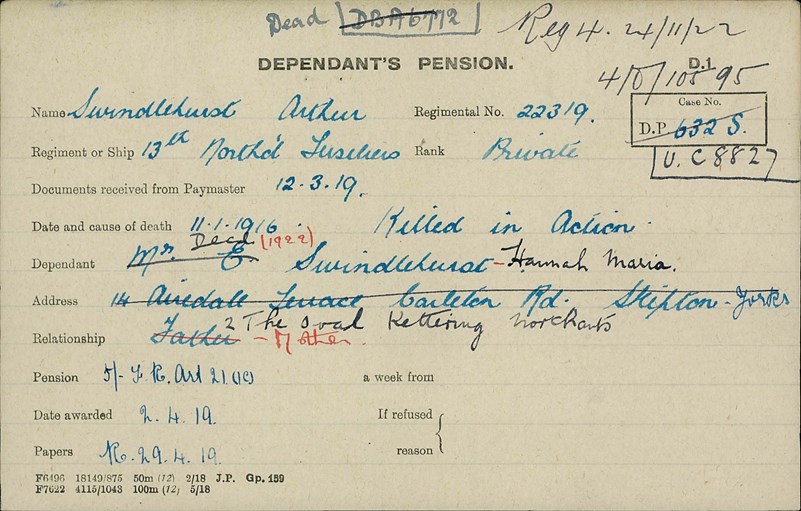 His Pension Card (above) contradicts the CWGC entry - his card giving the date of death as 11 January. Below is the corresponding Pension Ledger for Arthur's pension claim 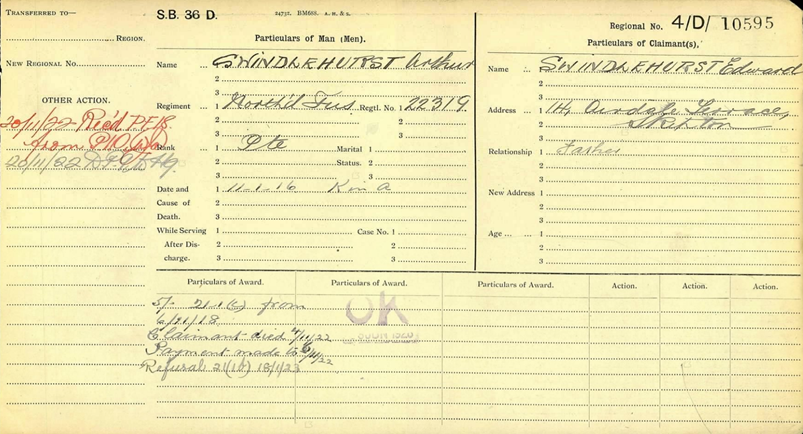 Brothers Edward, Thomas and Alfred each enlisted, served and survived the war.

Research by David O'Mara with additional research and images by Jonathan Vernon.