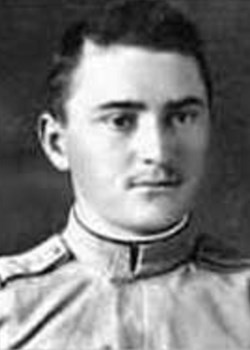 A farmer from the South Tyrol, August was born on 1 September 1896. Called into service in mid 1915, he was, after a spell in Serbia, destined to spend the remainder of his war as part of a mountain artillery battery based on the Italian Front.

August was killed in action near Tezze, Italy on 12 November 1917. Buried nearby at the time, August's remains were transferred to the Pian di Salasei military cemetery/memorial in 1935.