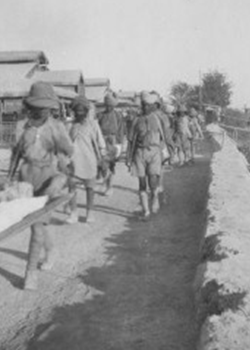 Volunteered for service in the Persian Gulf. Joined the Indian Expeditionary Force May 1915.

Took part in the Battle of Ctesiphon and died at Kut-el-Mara. 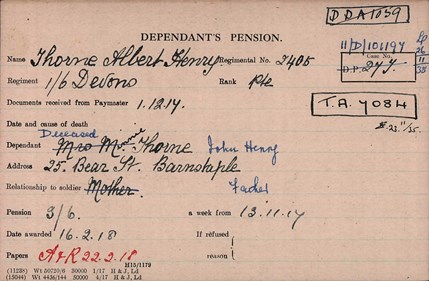 Above: Albert Thorne's Pension Card, which is part of the WFA's Pension Record archive 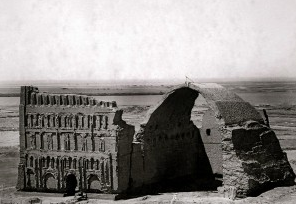