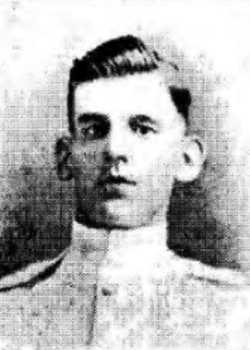 Frederick was a scholar at Fulham Congregational Sunday School up til the time of his enlisting.

Enlisted 1909, stationed Aldershot for nearly two years, during which time he was one of the Special Guard outside Buckingham Palace at the funeral of the late King Edward.

In the same year when King George visited Aldershot to inspect the troops, he was selected to guard his house, went to India with his regiment in 1911 and was present at the Delhi Durbar when he was chosen as Bodyguard to H M the King.

He returned to England after the outbreak of war in August 1914.