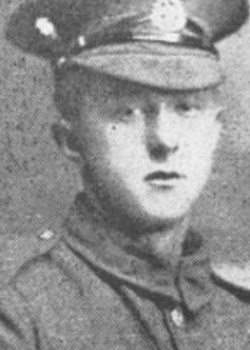 Age 4 at the 1901 Census Arthur lived at home (4 Simpston Street, Burnely) with his parents and older siblings William, Maud, May, Frances and Mary.

Age 14 at the 1911 Census, Arthur (working as a weaver) lived at home with his widowed father, his three older sisters May, Frances and Mary and a boarder at the 4 roomed 135 Abel Street, Burnley. His mother had died earlier in 1911.

He enlisted into the Army in September 1914 but, due to his age, saw his active service deferred until 1916 when he travelled to France to join the 7th Bn East Lancs on the Somme.

Arthur served throughout much of the Battle of the Somme, but was killed in action following an attack in front of Stuff Trench during the Ancre battle on 154 November 1916. 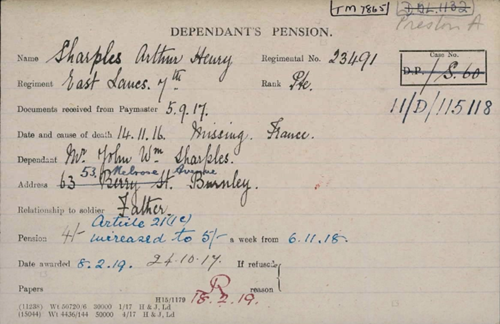 Older brother William served and survived the war; he was discharged in February 1919.