James Joynt was born in Derby in January 1882. 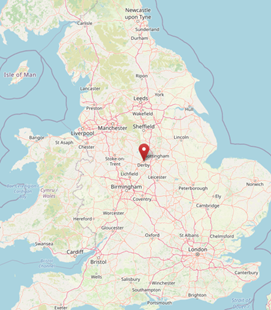 James, the second child of William (an Irishman for Limerick) and Ellen (from Gosport) was born in Derby in January 1882. He had an older sister who would have been 6 or 7 years old at the time. Younger brothers Richard and Dudley were born respectively in 1888 and 1894.

In April 1910 James married Kate Ellen Johnson. The following January they had a daughter Violet May: she was a month old at the time of the 1911 Census. James, now age 29, is described in the Census as a ‘Labourer’ who worked on 'Carriages and Wagons'. In September 1912 they had a son, James, though he died a year and a half later in April 1914. 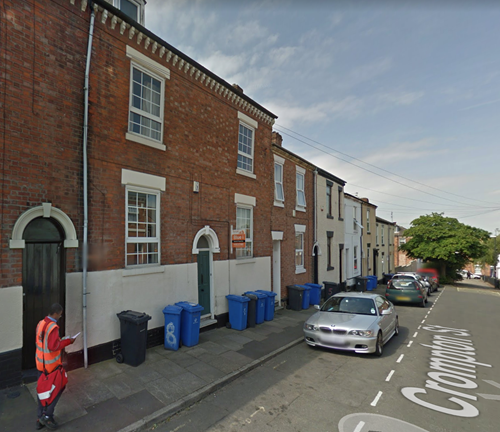 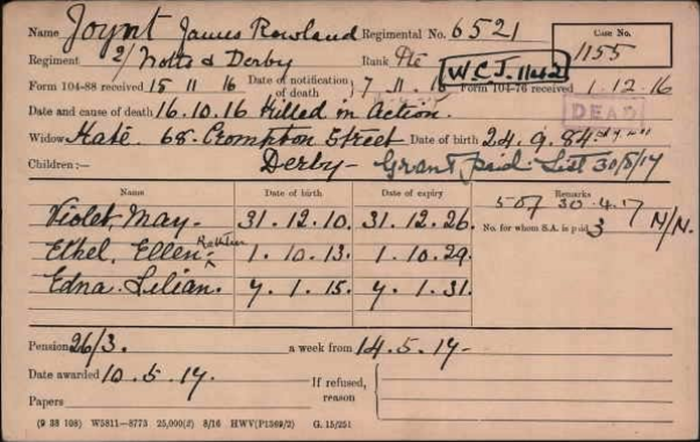 Pte Joynt died 16 October 1916. He is recorded as killed in action on 16 October. Though with 71 Brigade, 6th Division involved in capturing gun pits in front of their position, Cloudy Trench, before dawn on the previous day, the 15th, it is possible he was severely wounded and later died, or that having been missing, the 16th rather than the 15th was recorded as his date of death. 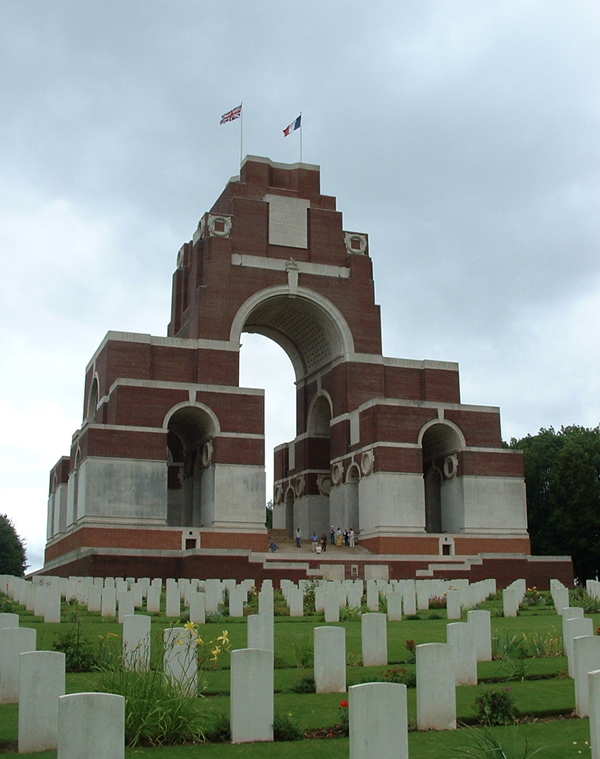