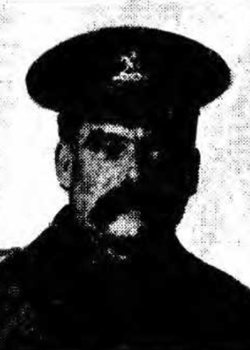 In 1881, Edward, the youngest of 4 children, lived in Greenwich at 8 Wood Wharf, with his parents and parental grandmother.

Educated in Greenwich. After school he became a stevedore, unloading and loading boats at the dock.

He joined the West Kent Militia in 1893 and served for 18 months in Malta.

In May 1902 he married Sarah (née wood). They had no children. The following year, in May 1903 he obtained his dischared.

He is remembered on the Menin Gate, Ypres. 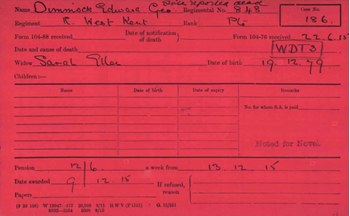 His wife Sarah remained a widow. In 1919 sh was living at 5 Sexton's Buildings, Greenwich. In 1939 she was living in Greenwich and working as a cleaner for the LCC.