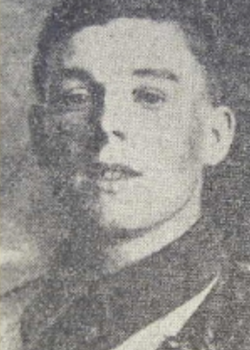 Dennis was killed in action during operations around Kut

A labourer in a pipe-works in his civilian life, Dennis was born in Burnley, Lancashire in 1894.

He enlisted into the 3rd Battalion, East Lancashire Regiment in Burnley in October 1914 and, after training was allocated to the 1st Battalion.

Arriving on the Western Front on 25 October 1915, he joined his battalion at Hedauville, Somme and was soon in the frontline near Mesnil.

Wounded in the arm and leg soon after arrival, Dennis was evacuated to the UK for treatment and after being discharged from hospital in Liverpool in early 1916 was transferred to the 6th Battalion following a period of recuperation.

'Remember: On This Day' researched by David O'Mara.