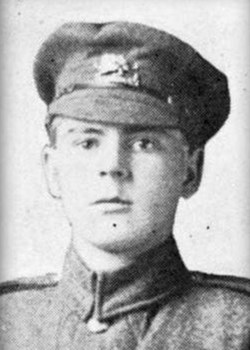 John Berry was born in Clitheroe, Lancashire in the last quarter of 1896.

Before the war John, the eldest, assisted his father James who was a butcher. He had four younger brothers James, Robert and Frederick.

He enlisted in Morecambe and was drafted out to France in May, 1915.

Exactly a year later sustained a bullet wound in the neck.

He was in hospital at Newport and afterwards in training at Oswestry.

John returned to France on his 21st birthday, November 8th 1917, having spent his 19th and 20th birthdays in the trenches.

He had only been out in France six weeks when news came of his death from wounds received in action.

He left behind his parents James and Isabella Berry of 7, North Street, Morecambe. 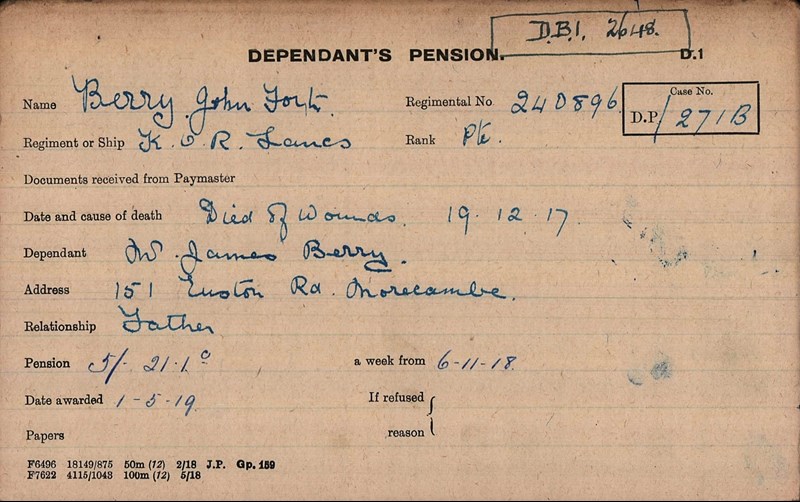 Above: John's Pension Record card, which WFA members can access as part of their membership package.