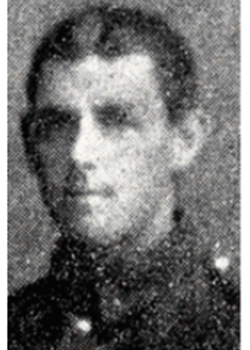 The third of six children of Robert Horace (a cotton carder) and Mary Allen. 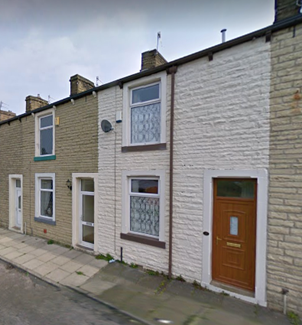 At the time of the 1901 England Census living the widowed Horace and family were living at 19 Canning St, Accrington.

William was employed as a spinner at Woodnook Mill, Accrington prior to enlistment and was also a member of the congregation of Oak Street Congregationalist Church and active member of Accrington Borough Swimming Club. William and brothers Thomas and James were swimmers, judges and officials at a time when the club was raising awareness and funds for a new 'swimming baths'. As well as races, galas and waterpolo there were exhibition swims of lifesaving, 'thematic swimming' which today we might called synchronised swimming and a wonderful array of entertaining events including 'egg and spoon', walking on your hands (across the pool) and oddest of a dressing up competition were swimmers added items of clothing after swimming a length, while in the water and without being allowed to touch the side. In 1911 the Borough Council paid for a new pool that remained in use into the 1980s.

William served with 'W' Coy of the 11th East Lancs (the 'Accrington Pals'). He was killed during the assault on Serre and is buried in Serre Road Nr.3 military cemetery (grave B.23) along with an 'unknown Lieutenant'. 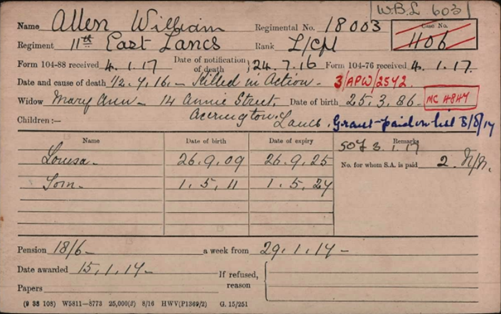 We learn from his Pension Record File that he was married to Mary Ann and that they had two children, Louisa and Tom who were 6 and 5 years old. They lived at 14 Annie Street, Accrington. 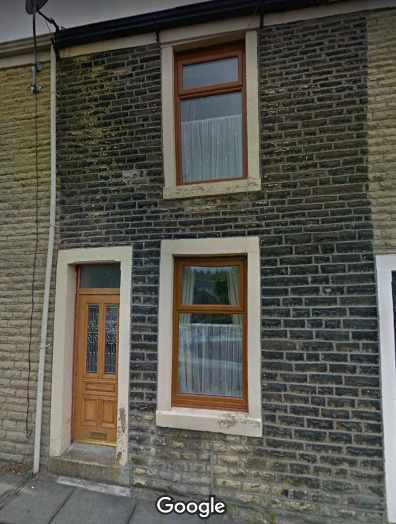 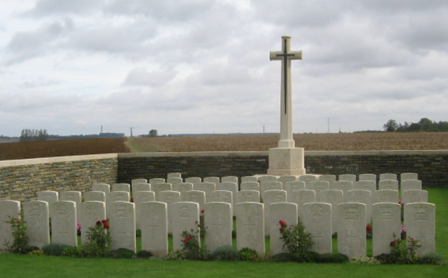