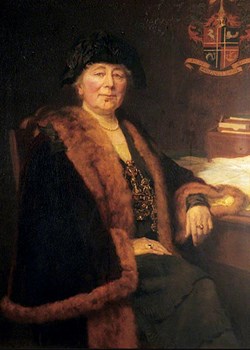 Following the early death of her father, Janet Stancomb and her sister were adopted by their uncle Sir William Henry Wills.

The Wills family amassed their vast fortune in the 18th century in the tobacco trade when slave produced tobacco was imported to Bristol from the American Republic. It was not until the Crimean War that cigarettes were smoked in any great quantity by the British, and they generally became popular in 1870. This was the age when it was not considered 'the done thing' to smoke in front of ladies, and there was no smoking on trains. 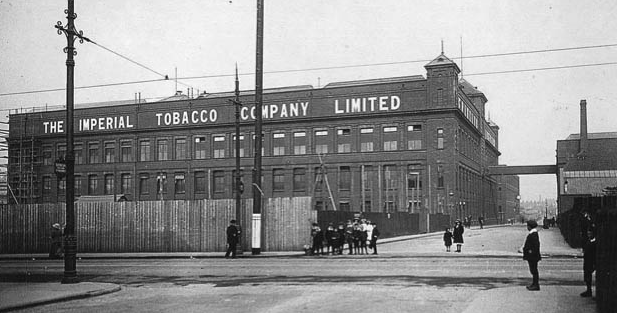 In 1901 Sir William Henry Wills became the first chairman of the Imperial Tobacco Company (Great Britain and Ireland) Ltd. Lord Winterstoke died suddenly in January 1911, after scarcely a break in the crowded activities of a long and useful life with his niece Janet at his bedside. 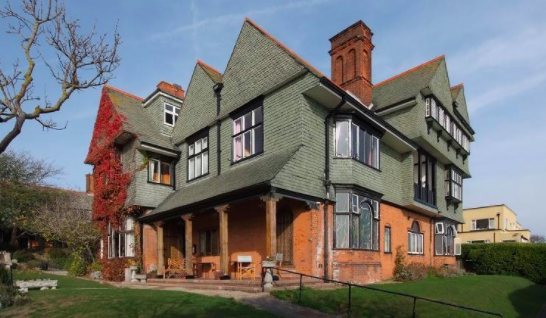 Janet spent the first half of 1911 sorting out her uncle's affairs then moved to her uncle's house, East Court, on the cliff top in Ramsgate which she had inherited. She was always a commanding presence in the town, being driven round in one of her Rolls-Royce cars, and took part in as many prize-givings, open days and other local events as she could. Encouraged by a local vicar to join the Education Committee Dame, Janet was the first lady member to be appointed to Ramsgate Town Council in 1913. 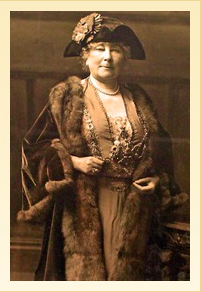 During the war she served on many local relief and fund-raising committees and gave generously herself. She visited the wounded and encouraged improvements to town health and sanitation so that the men selected to serve and would-be soldiers of the future would be strong enough to fight. In February 1918 she spent a day helping out at the Ramsgate Food Control Office addressing envelopes! In March 1918 she gave £5,000 to Aeroplane Week out of the total of £27,000 raised locally.

In January 1922 The Mayor of Ramsgate Borough Council, Alderman Larkin, proposed that Dame Janet be given the Freedom of the Borough "in recognition of the signal service which she has rendered to this borough" and for "the many acts of benevolence and generosity towards the people of Ramsgate" and for her "noble example displayed in the difficult days of the war". She was presented with a scroll and a casket which on one side depicted the Star of the Order of the British Empire conferred on Dame Janet by His Majesty King George V in 1919 for her generosity to the war effort in helping to fit out ships for the Royal Navy.

Dame Janet's interest in the Fire Brigade had begun in May 1915, when the first Zeppelin raid made her aware of Ramsgate's inadequate provision against fires. She presented the first motorised fire engine for Ramsgate in October 1915 and named it Lord Winterstoke after her uncle. The fire engine made a ceremonial tour of the town, amazing the inhabitants by its ability to climb hills at 30 mph. The fire brigade appointed Dame Janet an honorary Chief Fire Officer.

In June 1923 Dame Janet was unanimously selected as the first woman Mayor of Ramsgate for the municipal year 1923-24. Armistice Day that year coincided with the mayor-making ceremony to which the new mayor solemnly processed wearing her new robes for the first time. Mayor Larkin praised Dame Janet's bravery in remaining in the town during the First World War despite the fact that her house was especially exposed to danger from air raiders and bombardment from the sea. Also during the war when the finances of the town were suffering because of the number of empty residences in the town she assisted the corporation with a substantial loan. She also provided comforts and essential items for those who sought shelter in the air raid shelters in the cliffs.

In 1922 the Revd Hertslet, Vicar of St George's Church, commented that he was sure Dame Janet would have had no hesitation in leading a squadron of amazons on the East Cliff during the war, repelling any attempt at a German landing with her own hands, had the need arisen.

Of course Dame Janet did not just have interests in Ramsgate; she continued to support many of her uncle's charities and good causes, especially in the Bristol area, but also found many worthy causes of her own to support. She befriended Sir Ernest Shackleton and helped to fund many of his expeditions to the Antarctic. He frequently put in at Ramsgate to see Dame Janet and their conversations were often interrupted by the sound of gunfire from Flanders drifting through the window.

Shackleton went to the Antarctic from 1907–1909. He then spent the year 1913 planning and raising funds for his next expedition. He particularly thanked Dame Janet, "whose generosity enabled me to equip the Endurance efficiently". Shackleton subsequently named one of the three ship's boats the "Stancomb Wills". Later he named one of the glaciers feeding the Wedell Sea the Stancomb Wills Glacier. Dame Janet remained his confidante until his death in the South Atlantic in January 1922. Dame Janet died in Ramsgate in August 1932. 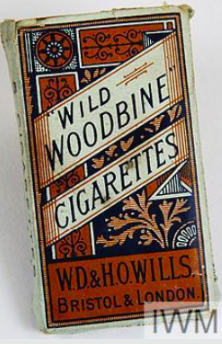 The Wills company were always at the forefront of promoting patriotism. Wills Woodbines in their familiar orange and green packet were sent to the troops in the trenches during the Great War at reduced prices. One of the padres, Geoffrey Studdert Kennedy, became known as Woodbine Willie as he realised that in a desperate moment, often hovering between life and death, a cigarette to draw on meant more than a prayer. This sentiment was immortalised in the well-known song:

While you've a lucifer to light your fag

What's the use of worrying – it really ain't your style