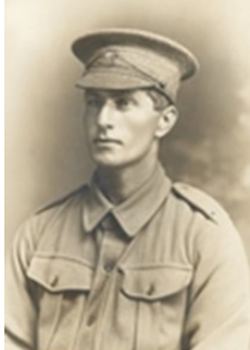 Allan Edwards was a sheep shearer before the war

In May 1917 he suffered a gunshot wound in his right elbow and was out of action until late June, after which he was transferred to the 1st Brigade Headquarters as a Storeman.  On 23 October Pte Edwards was awarded the Military Medal, the citation: 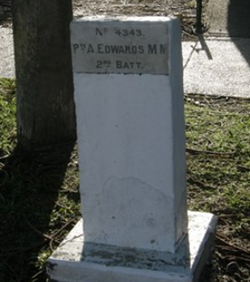 Unusually, as well as the town war memorial, each of the 10 men from the town of South West Rock, New South Wales, Australia, are remembered by individual roadside 'headstone' like markers. Their story is told here > http://bit.ly/SWRocksWW1