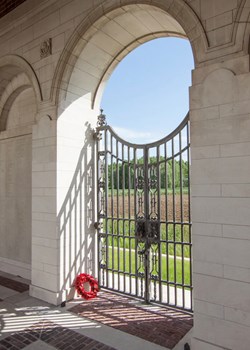 Albert was working at the age of 12, his mother a widow, Albert gave up making leather goods to join the army in 1911.

By the outbreak of war he was a Lance Corporal with the 1st Battalion Gloucestershire Regiment.

A laundry washer, his mother Annie Georgina, received a small pension after her son's death.

LCpl Albert H R Townsend died during the Battle of Ypres on 23 December 1914 and is remembered on the memorial at Le Touret. 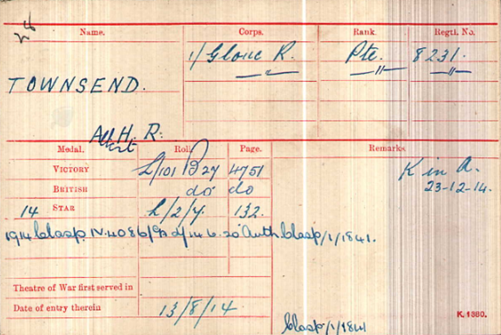