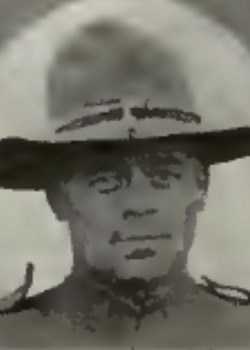 A stock clerk working for a manufacturing company in Buffalo, New York

Charles was born on 6 February 1893 in Johnsonburg, Pennsylvania and resided in Bradford, PA.Shortly after the United States declared war on the Germany, Charles crossed the border into nearby New York and enlisted with the 3rd New York Infantry on 29 May 1917. (1) 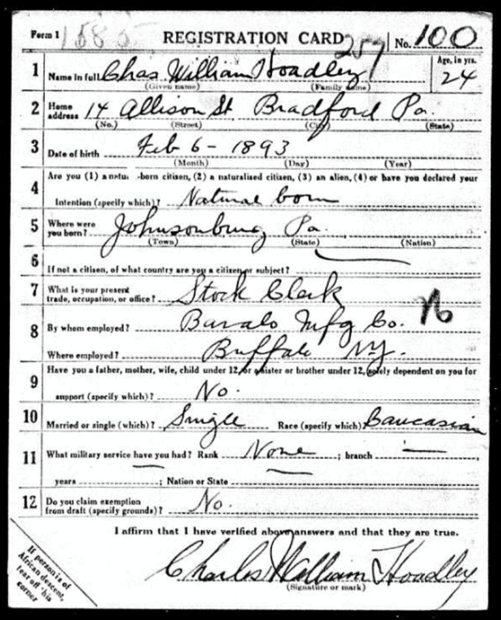 At the time of registration he was living at 14 Allison St, Bradford.

After training at Camp Wadsworth, South Carolina with his regiment (now designated 108th Infantry), Charles shipped out for France aboard the H.M.S. Antigone on 10 May 1918. (2)

Upon arriving in France, the 108th Infantry, along with the other regiments and the machine gun battalions of the 27th Division, began intensive combat training under British supervision.

On 9 July the division organised to defend a portion of the East Poperinge Line in the Dickebusch Lake area. (3)

After a period of front line trench service, the 3rd Bn 108th Infantry was relieved on 17 August.

The 3rd Bn was first sent to a rest area near Abeele and then moved to the vicinity of Lappe, Belgium. After several days of rest and cleaning of equipment, Company I returned to a regular regime of training.

On 23 August when the Company I was sent into reserve lines.

Private Charles W Hoadley was killed in combat on 25 August 1918 when a German aerial bomb exploded in his platoon’s billet killing both him and SGT James C Souter (also from Bradford, Pennsylvania). 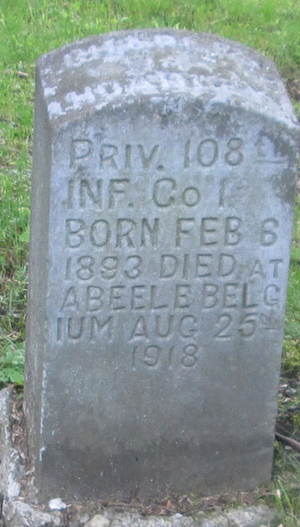 Charles was initially buried in Abeele Aerodrome Military Cemetery, Belgium. Post-war Charles remains were repatriated to the United States and he was reinterred in Oak Hill Cemetery, Bradford, Pennsylvania. (5)