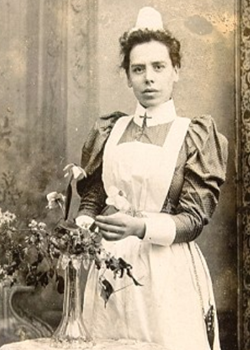 A nurse at Royal Devon and Exeter Hospital.

Miss Katy Beaufoy trained as a nurse at Royal Devon and Exeter Hospital in 1893. Within three years she had attaned the position of Sister in charge of the Operating Theatre and wihtin another thre years she had become the Matron to the 80 bed Exeter Fever Hospital. 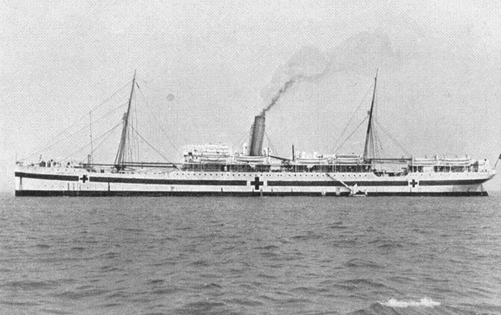 On leaving Bristol on a return journey to France to pick up the wounded, UC56 torpedoed the Glenart Castle which sank within 10 minutes killing the captain, 8 Nurses, 7 Medical officers , 47 Medical orderlies and 99 Patients. Katy Beaufoy was amongst their number. A diarist, her life story has since be published. Matron At War is a warm and insightful story. 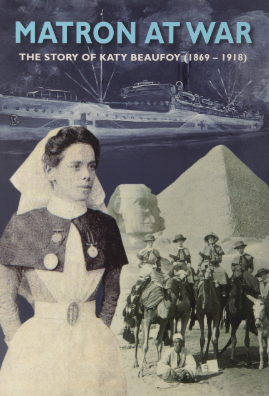 HMHS Glenart Castle  sank at  4:00 am. She recently arrived from the East. She was on her way back to France with a full complement of crew and nurses.  Nine boats were launched, but the ship sank in minutes. 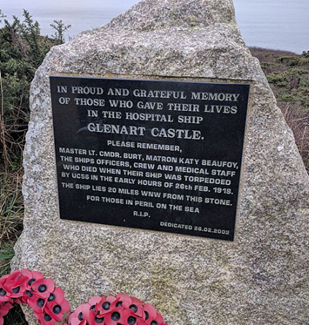 Memorial to those lost on the Hospital Ship Glenart Castle