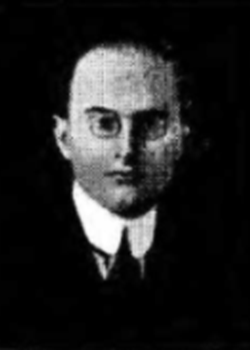 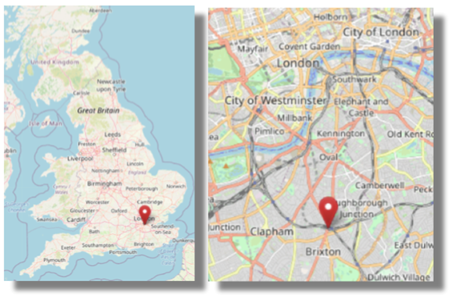 He was the only son of Richard Ching (a grocer’s assistant) of 180, Eswyn Road, Tooting and his wife Annie.

He was educated at Stockwell School

In 1911 Hugh, age 24 was working as and an advertising agent for an Electrical Manufacturer and was living at 48 Victoria Road, Aston, Birmingham in a three roomed apartment with a lodger, an electrical engineer.

In 1912, age 25, Hugh joined the Queen Victoria’s Rifles. Two years later, on 2 May 1914, Hugh married Pollie (née Pimley). They had a son, Robert, though he is not recognised in the Pension Record so had perhaps died. 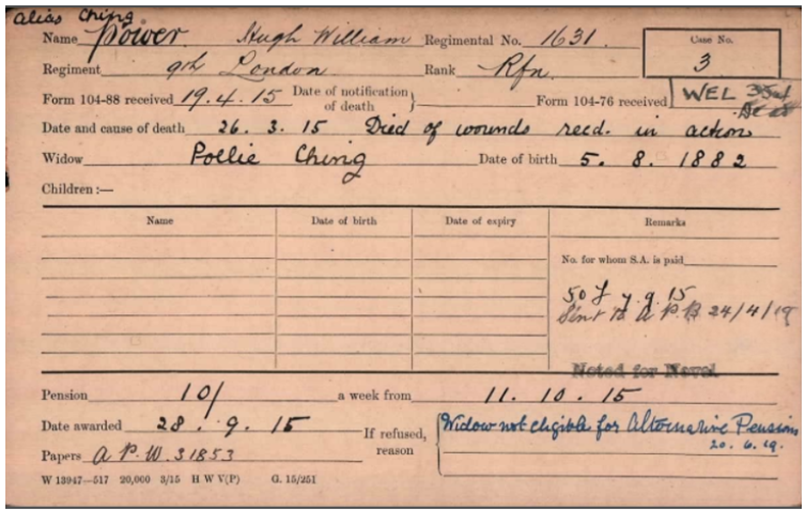 He volunteered under the alias Hugh William Power on the outbreak of war in August 1914 and went to France that October. He was fatally wounded on 24 March 1915 and died two days later.  His parting words to those around him were ‘Good Luck’.

He is buried in Ramparts Cemetery, Lille Gate.