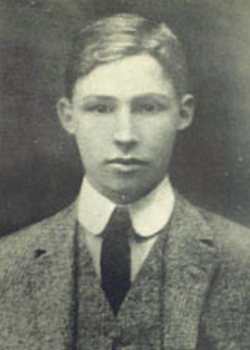 Edward was educated at Milton Academy and then Harvard. He did not finish his Law studies instead serving instead in the Legation at Buenos Aires as a volunteer private secretary to the Hon. Charles H. Sherrill, United States Minister to the Argentine Republic. He returned to Law School.

Eddie, as he was known. was living in France at the outbreak of the war. He enlisted as a private in the Foreign Legion, 2nd Regiment, Battalion C. In October he was sent with a machine-gun section to Craonne . He was wounded on 15 February 1915 and taken to the Military Hospital at Romilly, where he died of his wounds on 27 February 1915.

He is buried in the Military Cemetery of Romilly.