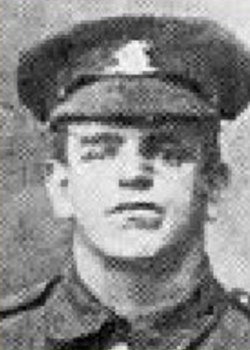 Henry Parrington was born in Skipton, October in 1893 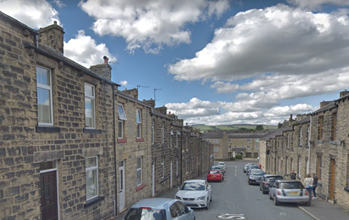 At the 1911 Census, Henry was living at the same address, age 17 and working as a ‘wool carter’ with his parents, and three siblings Thomas (14), James (11) and Elizabeth (7) and his 3 year old nephew William Smith. Mary was living with her husband Albert Smith and another two children ages 1 and 2.

Henry was 24 years old when he was killed in action near Ypres. 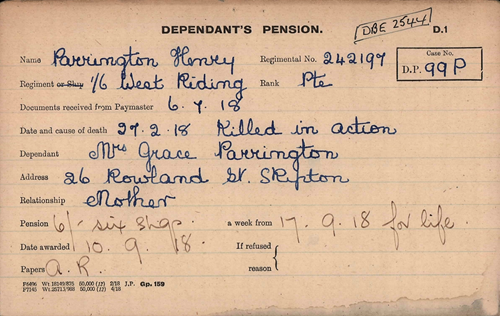 His immediate dependent, his mother, Mrs Grace Parrington, received a pension ‘for life’.

His younger brother Thomas also served in the First World War and survived.

Members of The Western Front Association are able to access the digitised Pension Records saved by the WFA using their Member Login.