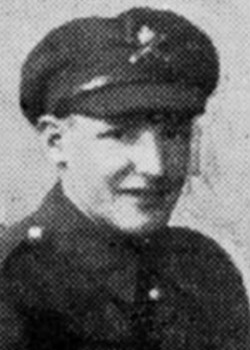 Reginald Smith was born in Leeds in 1898 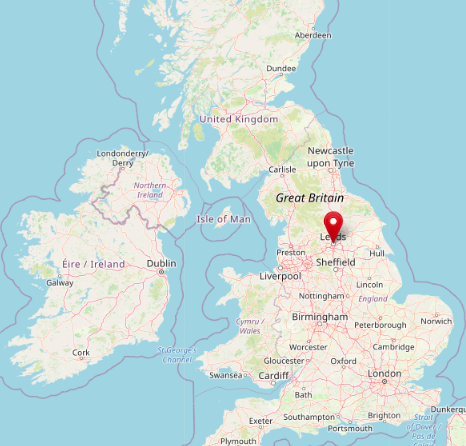 In 1901, age 2, Reginald lived at home (3 Mosely Place, Leeds) with his parents, 4 year old sister and a boarder. Age 12 at the 1911 Census, Reginald was at school (part-time) while working as a 'doffer'. He was living at home (4 Walton St, Sutton Mill, Keighley) with his parents and two sisters.

He was a warp twister in a weaving mill prior to the war. 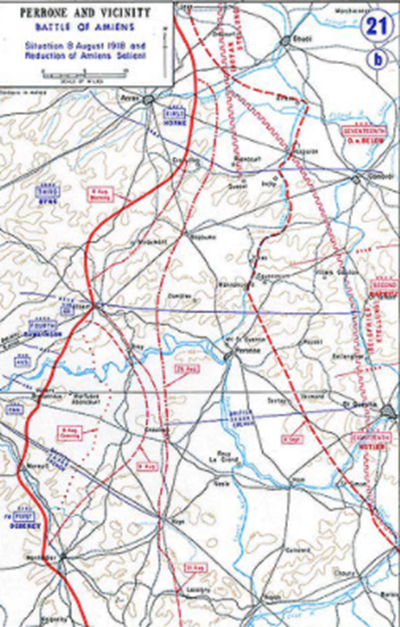 He was conscripted into service in February 1917 and sent to France with the Machine Gun Corps at the end of March 1918 in time take part in the actions at Villers Bretonneaux. He fought through the 2nd Battle of the Somme 1918 and on the Hindenburg Line before being struck down with influenza.

Evacuated to the rear, Reginald died of pneumonia in the Australian Red Cross Hospital at Rouen and is now buried in St Sever Cemetery Extension, Rouen, Normandy. 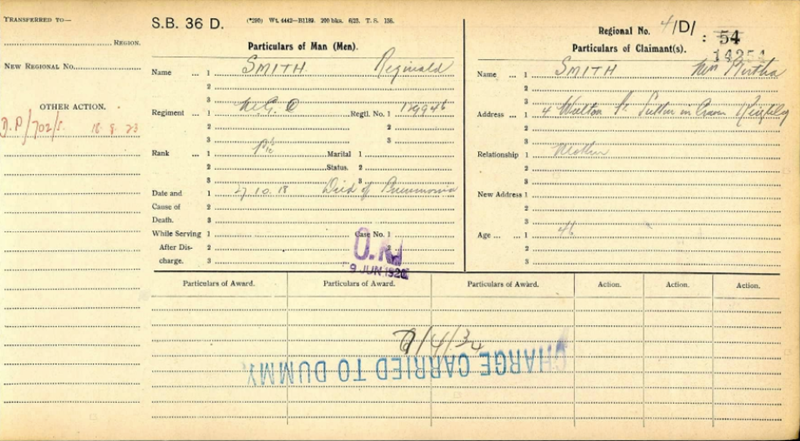