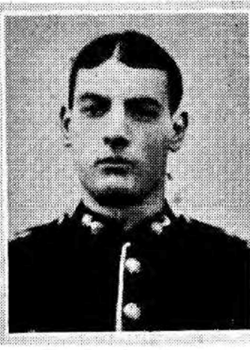 At the 1891 Census living with his family on Buckingham Street, Newcastle-on-Tyne. Sisters Margaret and Ann (21 & 18) were working as a tobacco spinner and cigar maker. Older Brother David (15) was working as a marble polisher.

Educated at St. Mary’s, Newcastle-on-Tyne. His mother, widowed. David (24) working as a labourer.

1901 Robert was serving in South Africa. Only brother David, and sister Helen were at home with their mother.

Returning to work before 1911 at the Elswick Shipyard of Armstrong, Whitworth & Co.

With the outbreak of War in August 1914 Robert re-enlisted in the 5th Northumberland Fusiliers and went to France Jan 1915. He was killed in action 28 Feb 1915 at Ypres and is buried there. 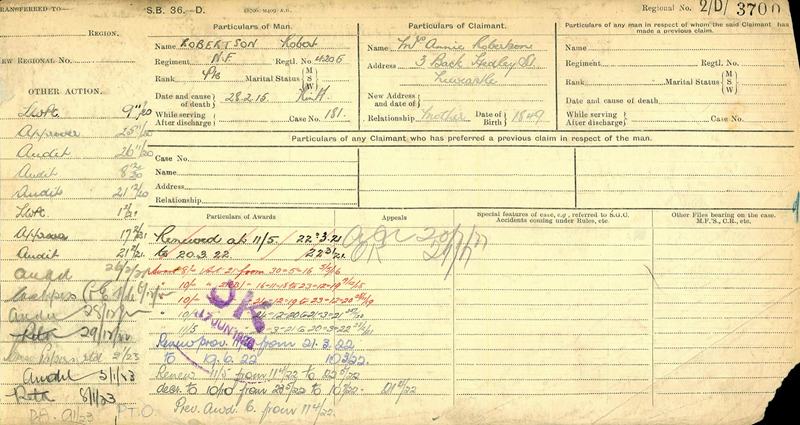