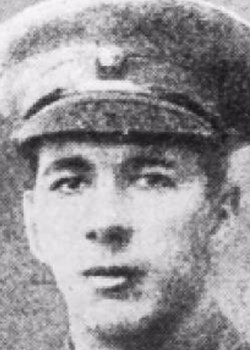 The short biography that follows is based on the account which appears in Gerald Gliddon's 'VCs of the First World War: Cambrai 1917' (The History Press. 2012).

When Edward was about six the family moved to a house called Ivy Crest, Inn Lane, Hartlebury, and later to Mostyn, Shrubbery Street, Kidderminster. Later he attended Hartlebury Grammar School in Worcestershire from1894 to 31 July 1901 and he then went to Christ’s Hospital. 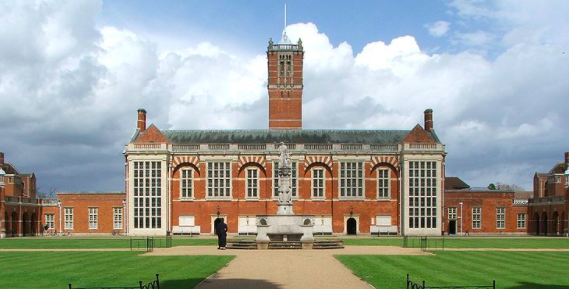 Edward's first job on leaving school was a bank clerk, and by then he had grown to six foot tall. In his early twenties he moved northwards to Liverpool and lived at 5 Blantyre Road, Sefton Park and became a tutor at Skerry’s College in Rodney Street.

Baxter married Leonora Mary Cornish, who also came from Kidderminster, and was a daughter of Mr H.W. Cornish of Roden Avenue. The couple married at West Derby Registry Office on 24 February 1906 and were to have one daughter, born in June 1907.

Both Edward and his wife were keen motorcyclists, and Baxter was well known for his successes in track racing and road trials in northern England, and particularly in Liverpool. He and Leonora were both members of the Liverpool Auto Cycle Club, and Baxter took part in the 1910 Isle of Man TT Race but didn’t finish the course as he crashed on the fourth lap. The couple usually rode motorcycles manufactured by Rex Motor Manufacturers in Coventry, a firm which survived until 1930. 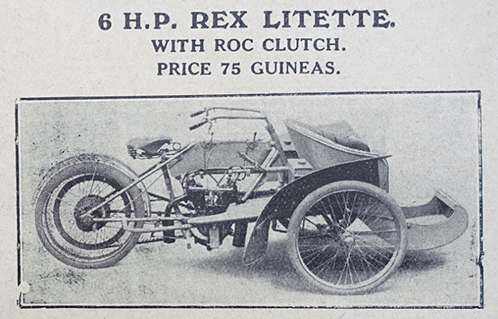 Baxter was at the college when war broke out and he enlisted on 4 September 1914 and gave his occupation as a Tutor. With his motor cyling experience Baxter joined the Royl Engineers with the number of 32072.

Sensibly he was appointed as a despatch rider with the Mersey Defence Corps while being attached to the HQ Staff in Rodney Street, Liverpool, under Brigadier General Edwards. He became a Sergeant, and about nine months later was recommended for a commission by Edwards and later awarded a commission in the 1/8th (Irish) The King’s (Liverpool) Regiment Terretorial Force in mid-September 1915. After four months’ further training he left for France in January 1916. His battalion had become part of the 165th Brigade of the 55th (West Lancashire) Division.

Nearly three weeks after Edward Mellish won his VC at St Eloi, Belgium, a fourth Western Front VC of 1916 was gained approximately 5 miles to the south of Arras on 17/18 April by 2/Lt Edward Baxter of the 1/8th (Irish) Battalion TF., The King's (Liverpool Regiment).

As it was deemed necessary to obtain regular information about the dispositions of the enemy; raids, or incursions, were regularly carried out and it was always a bonus to take a prisoner or two. At the beginning of April 1916 the 55th (West Lancashire) Division was in the area west of Blairville and Ficheux, occupying front-line trenches with three brigades in the line. A large-scale raid was planned to take place on the night of the 17th/18th, and the 8th Irish under the command of Lt Col E.A. Fagan was chosen for the task.

When Baxter arrived in France in January 1916 his duties were mostly those of bombing officer, and during his first few weeks he took part in several raids and sorties against the enemy lines. The group of men he worked with became known as ‘The Forty Thieves’.

On 16 April three officers, including Baxter, and forty-three other ranks went out into No Man’s Land in order to cut the wire in preparation for the raid. However, despite cutting three rows of wire, they had not finished their work by the time dawn was breaking. The following night a patrol went out to check on the state of the cut wire and found it relatively untouched. At midnight two officers and two NCOs went out and at 12.30 a.m. began to cut the remaining wire. The job was virtually finished by 2.10 a.m., and one of the NCOs was sent back to bring up the storming party of one officer and twenty-three men. It was at this stage of the raid that one of the group tripped on the wire and fell forward, knocking a grenade that Baxter was holding out of his hand.

Reacting quickly, he picked it up, removed the detonator and smothered it in the ground. In doing this he saved his colleagues from being injured and prevented the alarm being given. The raiders then entered the enemy trench at 2.25 and, immediately cutting a cable, they moved down the trench, bombing dugouts as they went and killing seven Germans.

Cries and groans were heard from all the dugouts.

However, no prisoners had been taken at that point. When regaining their own trench it was found that 2nd Lieutenant Baxter was missing. A patrol that went out to look for him failed to find any trace but did bring back some German helmets as trophies. The battalion was relieved at 6.30 a.m. and marched the three miles to Monchiet. Baxter was found to be the only officer casualty.

The above account of the raid was based on information found in the battalion war diary, but the regimental history includes the following additional information: although several of the enemy were killed when their trench was entered, it was found that the trenches were from twelve to fifteen feet deep, and so without long ladders it was difficult to take prisoners. (Those ladders that were taken were only six feet in length.) Baxter had given orders to return, and after assisting the last man out he was later found to be missing. The regimental history concluded that he ‘re-entered enemy trench for some purpose and did not inform his party’, and in a footnote quoted a German prisoner as stating that the raid had resulted in fifty-seven German casualties.

From an appendix included in the war diary it is quite clear that the bombing raid carried out on the night of 17/18 April was a great success, and the battalion, 164th Brigade and 55th (West Lancashire) Division were all congratulated. Baxter, who was still officially missing, was one of those singled out for a decoration: his VC was published in the London Gazette of 26 September 1916, which contains an account of how he saved the lives of some of his colleagues:

For most conspicuous bravery. Prior to a raid on the hostile line he was engaged during two nights in cutting wire close to the enemy’s trenches. The enemy could be heard on the other side of the parapet. Second Lieutenant Baxter, while assisting in the wire-cutting, held a bomb in his hand with the pin withdrawn ready to throw. On one occasion the bomb slipped and fell to the ground, but he instantly picked it up, unscrewed the base plug, and took out the detonator, which he smothered in the ground, thereby preventing the alarm being given and undoubtedly saving many casualties. Later he led the left storming party with the greatest gallantry, and was the first man into the trench, shooting the sentry with his revolver. He then assisted to bomb dug-outs, and finally climbed out of the trench and assisted the last man over the parapet. After this he was not seen again, though search parties went out at once to look for him. There seems no doubt that he lost his life in his great devotion to duty.

Baxter’s body, which was found in a position to the north of Blairville, was first buried by the Germans two or three miles to the south-east in Boiry-Ste-Rictrude churchyard. During their occupation of this village and of Boiry-St-Martin to the south, the Germans had included an inscription on the gravestone giving Baxter’s rank, name and date of death. The discovery of this grave was noted by Arthur Kidd, a sapper, when he visited the shelled parish cemetery in 1917.

When Baxter was buried by the Germans they must have put his effects to one side, as a note in his National Archives file indicates that they were returned by the German government to his widow in 1920.

Mrs Baxter moved back to Kidderminster after the war to be near to her family, and lived at 3 Roden Avenue with her daughter. She later remarried.

In 1925 Baxter’s remains were exhumed and reburied 25 miles westwards in Row A, Grave 10 of Fillèvres British Cemetery.

After his death Baxter was remembered in Hartlebury, Liverpool Town Halll and the war memorial at Christs Hospital School, Horsham. His name is also commemorated on the memorial outside St Mary's Church in Kidderminster. His centenary commemorative paving stone will be laid on or around 17/18 April in Stourbridge. Thomas Bryan who also had links with the town but he won his VC a year after Baxter.

The History Press has recently issued an updated printing of Gerald Gliddon's 'Somme 1916: A Battlefield Companion'.