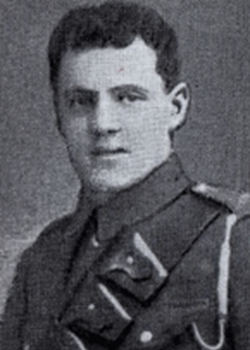 A coal-carter with the Nelson Co-operative Society pre war (in the town where he lived:7, Cross Street), 21 year old Pte Carter enlisted into the army on 12 September 1914.

After getting married whilst on leave in January 1915, he travelled to Weyhill Camp, near Andover to undergo further training. Still at Weyhill in April 1915, he was involved in a boating tragedy when the punt upon which he was travelling on Appleshaw Pond during some free time, collided with another, knocking him overboard. A non-swimmer, Pte Smith disappeared under the water and, regardless of the efforts of his comrades, was lost for over half an hour. When he was finally found, attempts to save his life were made but these were all in vain. He was 21 years old and well-known in Nelson where for the last 26 years his father had been the local Sergeant in the County Police Force. The body was not returned to his hometown of Nelson. 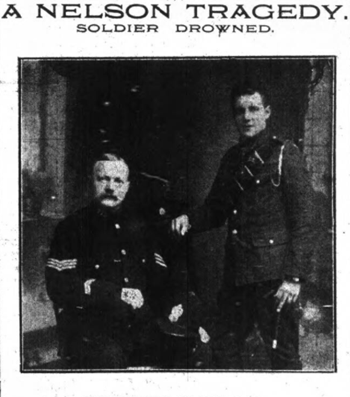 A Letter to Smith’s wife from his commanding officer Major A.Gardner, Commanding the 19th Division Reserve Park, ASC explained how Drive Smith had been accidentally drowned.

"He was boating at Appleshaw Pond and was in a punt that was upset only three or four yards from the shore, but in very deep water. His companions tried to help him, but I gather he struggled, so that they had trouble to escape themselves. Many divided for him, but the water was very deep and it was perhaps half an hour before he was found. We sent for a doctor and tried artificial respiration without success."