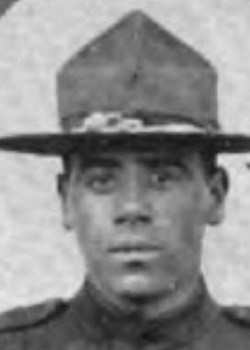 Little is known about the early life of Charles Brust.

After training at Camp Wadsworth, SC with his regiment (now designated 105th Infantry Regiment), Charles shipped out for France aboard the U.S.S. President Grant on 17 May 1918. (2) 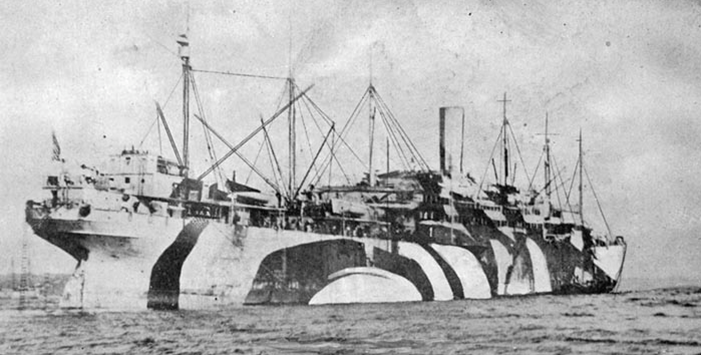 Upon arriving in France, the 105th Infantry, along with the other regiments and machine gun battalions of the 27th Division, began intensive combat training under British supervision.

On 9 July the division organised to defend a portion of the East Poperinghe Line in the Dickebusch Lake area. (3) 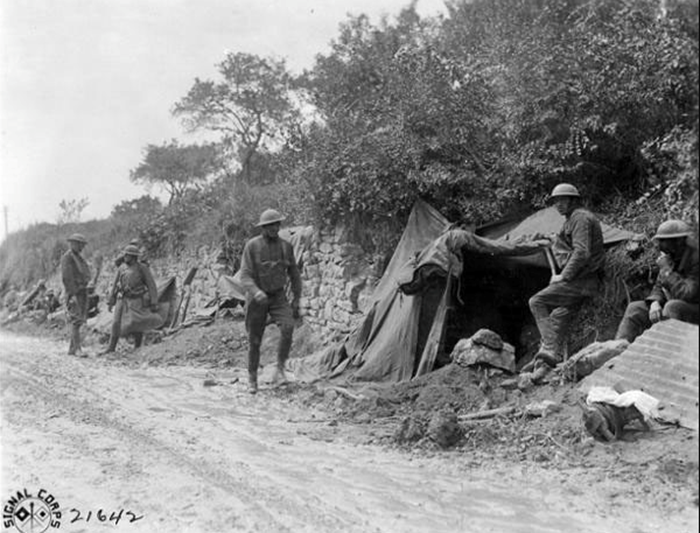 Company M entered front line trench duty near Dickebusch Lake on 22 August completing its movement at 0300 hours. (3) According to Sergeant H.J. Cochrane, Jr. of Company M, the trip to the front was not uneventful.

‘Jerry shelled these woods most of the night but never did locate us. It rained during the night and our already damp equipment became more damp (sic)… the various companies met at a given junction of a road and we proceeded forward to Dickebusch along a railroad track. It was hard walking along these tracks for we slipped and stumbled over the ties; it was also difficult traveling on each side of the tracks on account of the sand. Shells landed along the route continuously.’ (4)

‘Corporal Charlie Brust and… a replacement (Private Salvatore Buscemo) were killed by a H. E. (High Explosive). Charlie was a fine kid, one of the observing type and one who could be depended upon. Charlie and (Pvt Buscemo) had been instructed to take a position in a shell-hole out front of the line a bit and act as observers. An 0. P. (Out Post). Here they were to spend the day. In the Kemmel sector the country was flat, so it was impossible for them to do much observing by looking over. In Spartanburg we had been told that a trench-mirror placed on a long stick would make a fine periscope in the event of necessity. Charlie had evidently recalled this, for he pressed his mirror into service as a periscope. The mirror, flashing in the sun, caught Jerry’s eye and what went through his mind we shall never know; perhaps he thought it an advance signal post, for he dropped several heavies near the 0. P., one of them taking effect.’ (6) 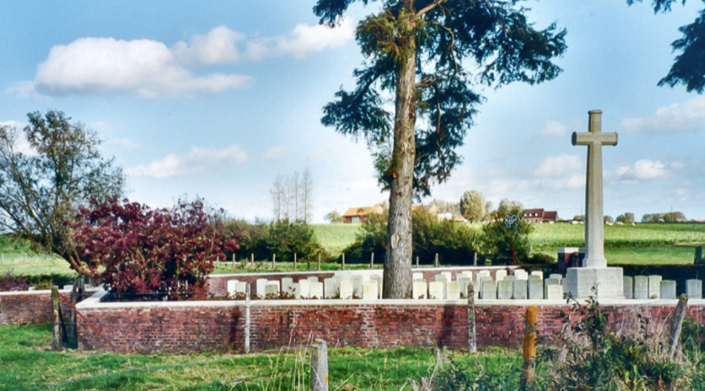 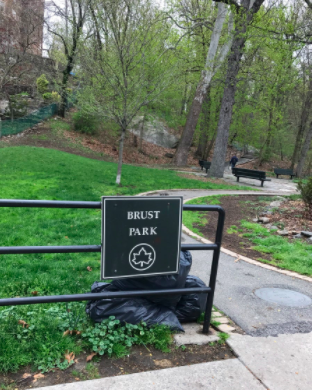 US Naval History and Heritage Command

Facebook:  The Long Trail: The Making of A Combat Division