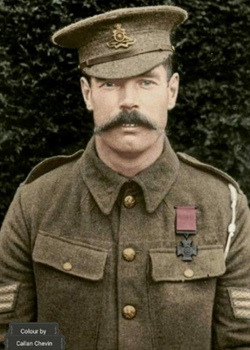 Colourisation of the original black and white photograph of Ernest Harlock by Calian Chevin.

Ernest's father was John (carter on a farm) and Emily Harlock. The family lived on a farm with all the family, in due course, engaged as carters or agricultural labourers. 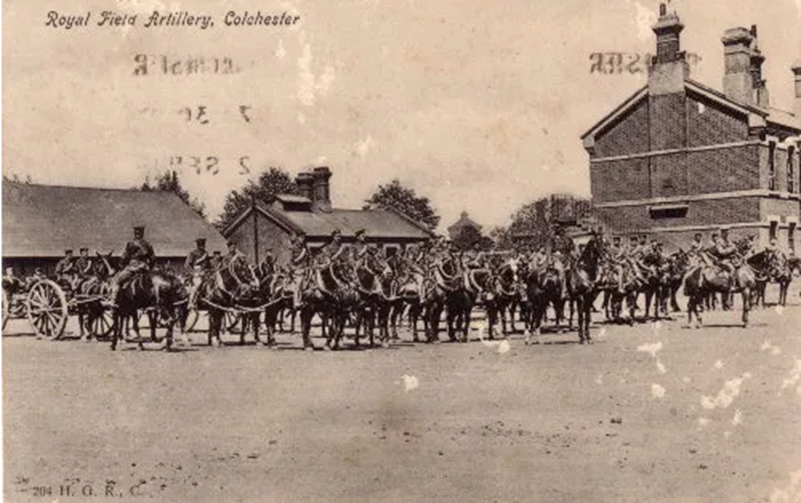 At the Census of 1911 we find the 25 year old Ernest in barracks with The Royal Artillery, Colchester.

On 15 September 1914 Ernest was twice wounded when his battery was in action. He stayed at his post despite orders to report to hospital. 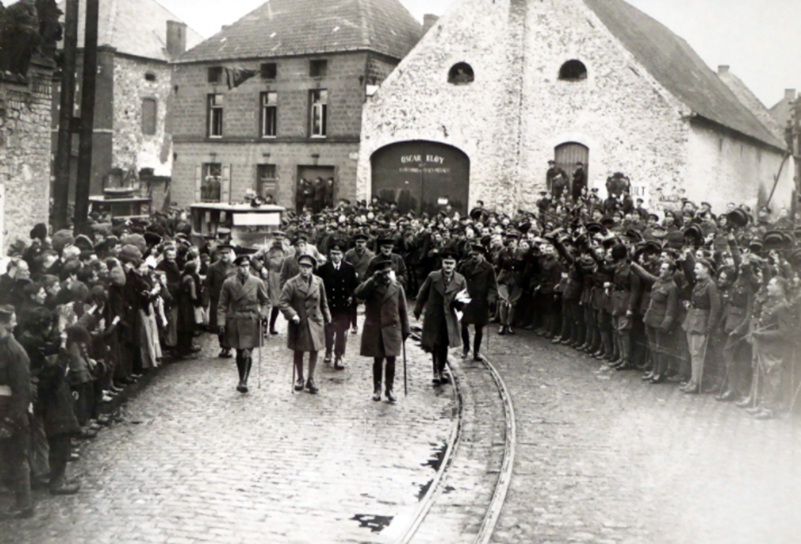 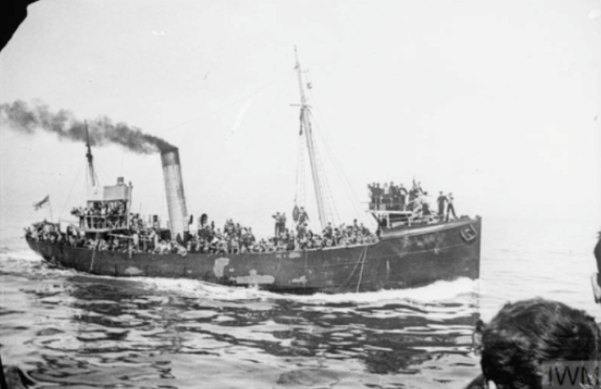 Ernest was drowned on 30 December 1917 when RMS Aragon was torpedoed ten miles off Alexandria, Egypt. His body was recovered, one of only 610 out of 2,500 on board. 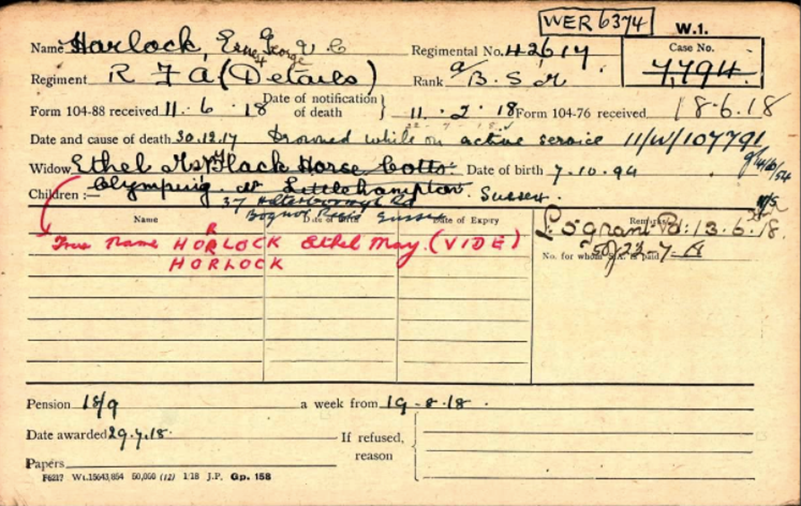 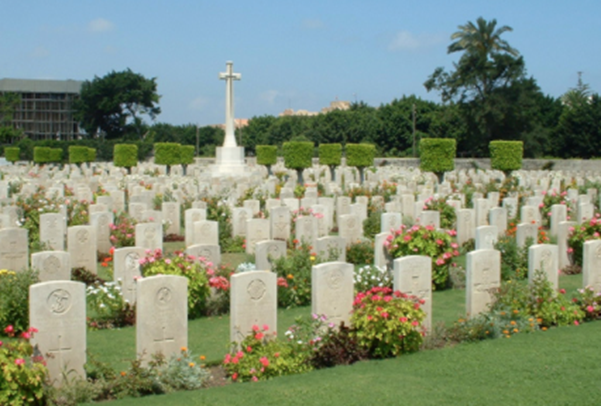