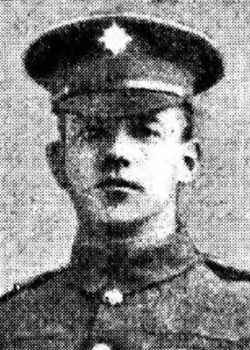 At the 1901 Census, age 5, Joseph was living at home, the youngest of eight children.

At the 1911 Census, age 15, Joseph was living at home with his parents, much older brothers George and William, cousin Lizzie and a nephew. 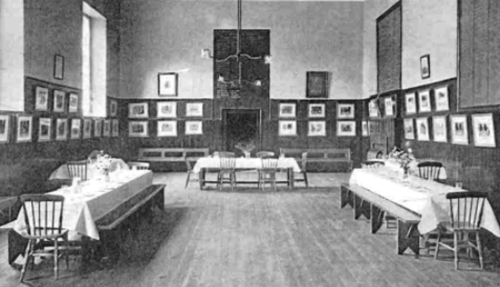 He went to school at Coramlet National School and Armagh Royal School.

Before the war he worked on the family farm. He enlisted 6 May 1915.

He served from September 1915. 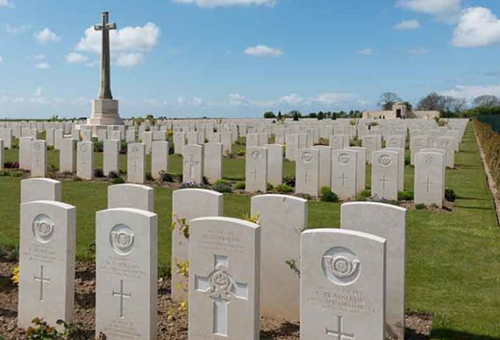 He is buried in the Mount Houn Military Cemetery, Le Treport. 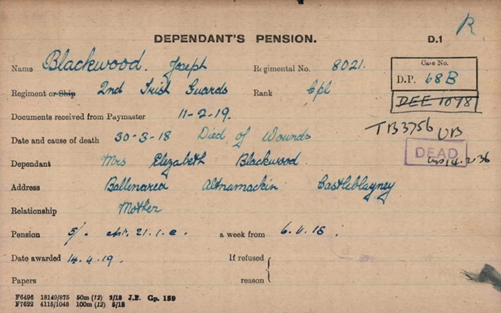 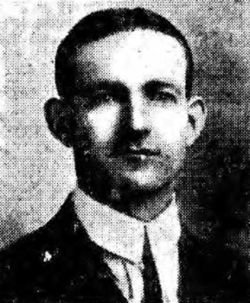 Joseph's brother James, who had emigrated to Canada in 1913, served with the Canadian Expeditionary Force and died 5 November 1917.