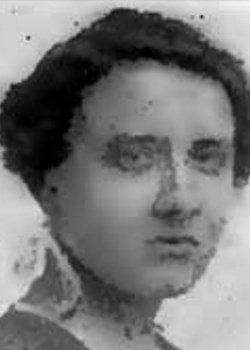 Born 19 August 1890 at Boone County, Indiana, Grace graduated from Indianapolis City Hospital in 1917 and enlisted as an Army Nurse on 18 July 1918. Assigned to the Base Hospital at Camp Wadsworth and then to Hotel Holley, New York, she was sent overseas to Base Hospital Nr 68 in September 1918. On 30 September 1918, she died of meningitis at the US Base Hospital in Portsmouth, England and was initially buried at Magdalen Hill Cemetery, Winchester (England). Grace's body was repatriated to the USA post-war and she is now interred at Lebanon, Indiana.