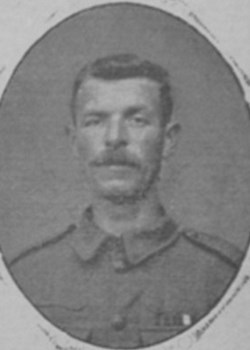 Evan May was born in 1880 in Northleach, Gloucestershire 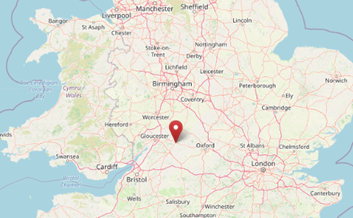 Evan's parents were Robert (a farm labourer) and Olive May.

At the 1881 Census Evan was the youngest of four children, the oldest two, age 15 and 12 were working in turn as a domestic servant and a ploughboy.

Towards the end of 1910 Evan married Emily Smith in Cirencester.

Evan was 32 when he enlisted in Cirencester joining one of the New Army battalions - nine were raised to join the Gloucester Regiment.

He was killed in action during a bombardment of the trench he was in during the 'Battle of Pozieres' fighting for Mouquet Farm.

Evan May is remembered on the Thiepval Memorial. 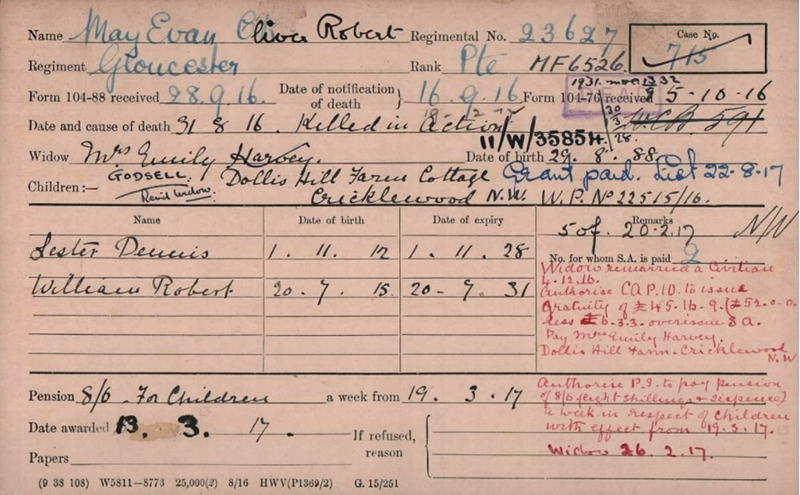 Evan and Emily had two children, Victor and William, ages 3 and 1 when their father died. Emily remarried a civilian and moved to Dollis Hill Farm, Cricklewood at the the end of 1916. He new husband died the following year.

Younger brother William served in the RAMC and survived the war. Older brother George, age 35 at the outbreak of war, remained in domestic service in Hassocks.

Sources include: England Census for 1881, 1891, 1911. Pension Ledgers & Cards from The Western Front Association digital archive on Fold3 by Ancestry.

The Gloucester Regiment on the Somme

The Battle of Mouquet Farm