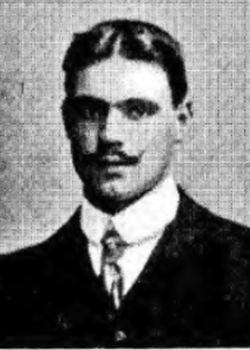 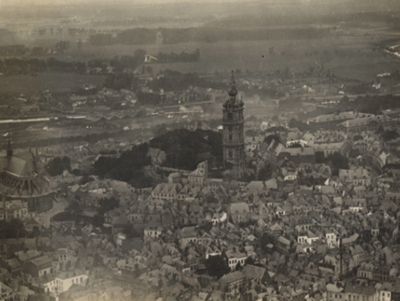 Henry enlisted 30 June 1910 in the Coldstream Guards. Come the war he was called up and went to the Front with his Regiment. he  served through the retreat from Mons  (incl. Landrecies, Le Grand Fayt and Villers-Cotterets), and the battles of Marne, Aisne, 1st Ypres - all the severe fighting from 20 October to 20 November 1914.

By November the Guards had occupied trenches dug on a hill full of natural springs and proved impossible to drain; they were constantly full of water above for knee for 23 days.

A gale of 2 November 1914 cleared every particle of cover from the trees having all been pierced through by shrapnel and bullets. Hand grenades thrown at them were on one occasion then they did not explode, picked up and hurled back again.

On 20 November the Guards were with withdrawn from the line for a short rest. 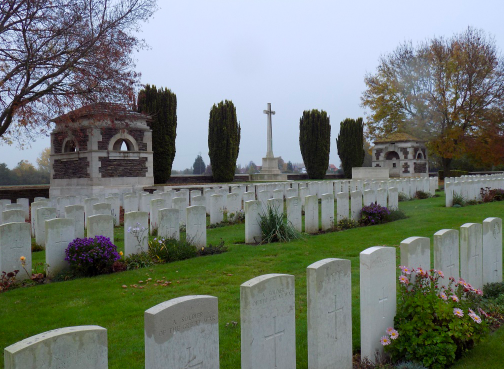 Ultimately Henry died of wounds received in action at La Bassée. He was buried in Cuinchy Churchyard. 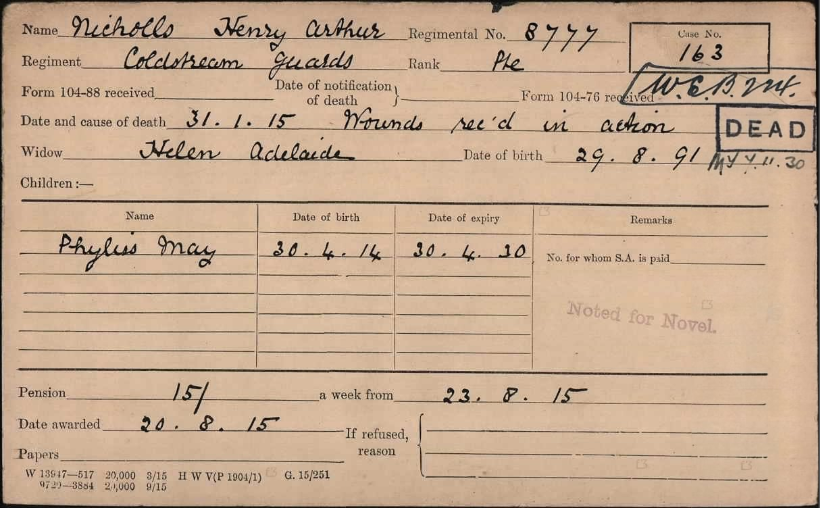