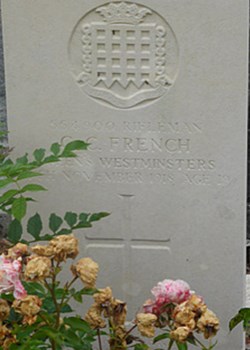 Cecil French was born in January 1899 in Walthamstow 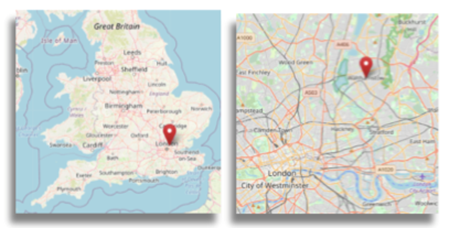 Son of Arthur (a successful grocery and provision merchant) and Edith French. They lived above the shop at 159 Forest Row, Walthamstow N.E. 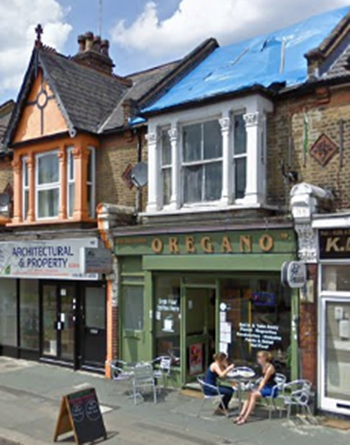 He left school in April 1913 and transferred to the Technical School. 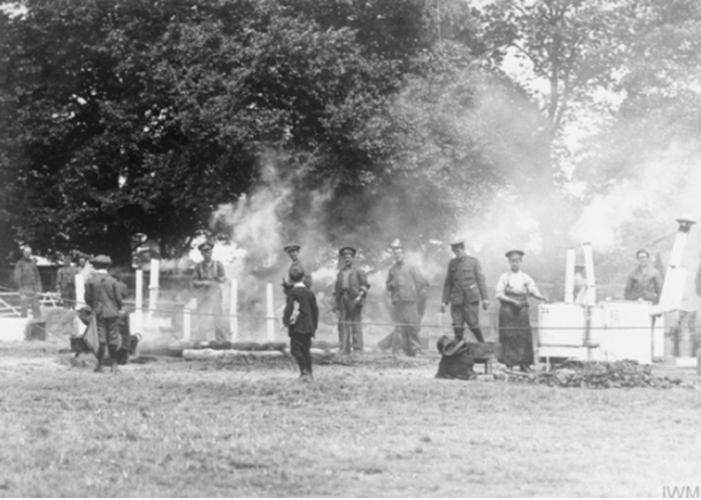 Cecil enlisted in January 1917 and served as a Gunner in the 1st/16th Battalion, the London Regiment (Queen’s Westminster Rifles). 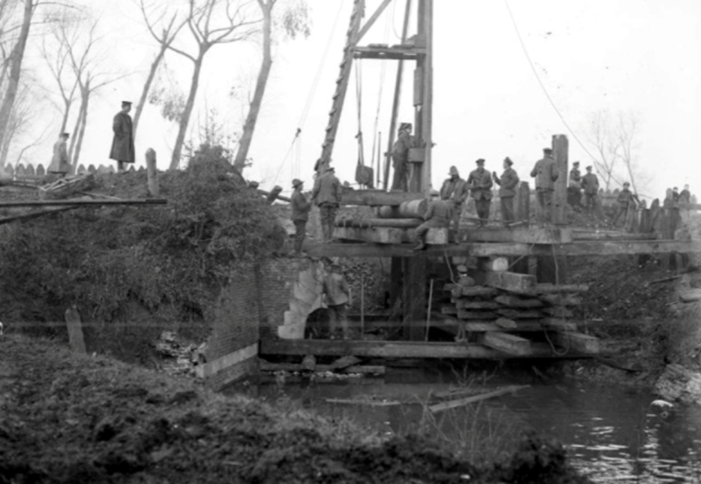 He was killed in action, a fortnight short of his nineteenth birthday, on 4 November 1918 during the crossing of the River Honelle.

Cecil French is buried in Sebourg Communal Cemetery, ten kilometres east of Valanciennes, with 18 other Commonwealth burials, all from 4 and 5 November 1918. 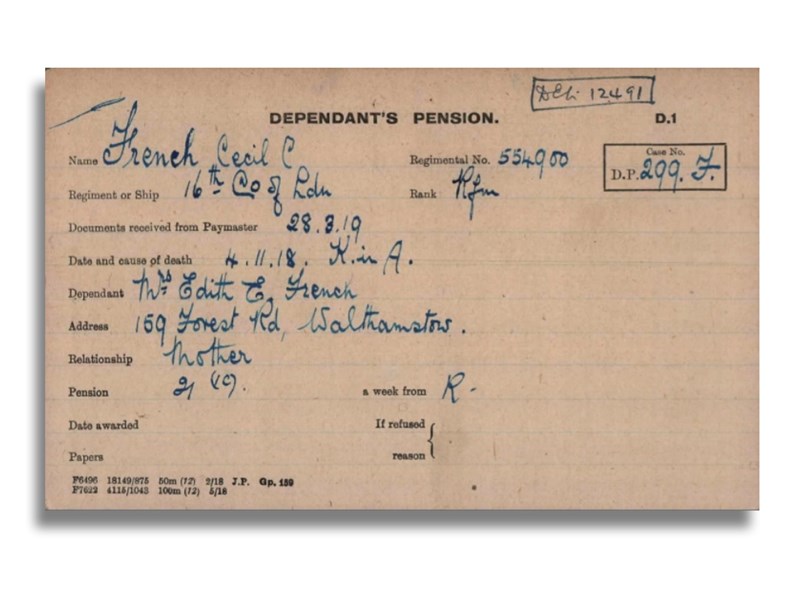 Reference 'The Boys of Blackhorse Road. The Story of an Elementary School War Memorial', additional sources the English Census 1901, 1911.