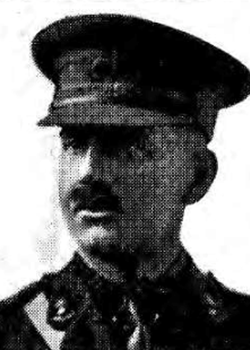 William Bovet was born in London on 15 August 1874

He was the second son and eldest child of five children of Frederick Bovet of London and Shanghai, China Merchant and Mary Love (née Haden).

Took part in action in Jidvalli and mentioned in despatches

Died at No.3 Casualty Clearing Station, 5 July 1918 from wounds received at Bouzincourt that day. He was mentioned in despatches by Field Marshall Sir Douglas Haig for gallant and distinguished service in the field