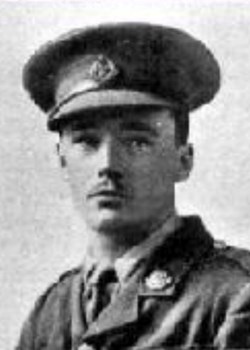 Died while rescuing a man

Gerald Seckham was gazetted 2/Lt in February 1912 and was promoted to lieutenant in South Africa in November of the same year. Born in Shortlands, Kent, he was 21 years old when he was killed in action whilst manning an advance trench near Neuve Chapelle. His mention in dispatches (Sir John French's dispatch of 31 May 1915) was for rescuing a wounded man whilst under fire six days before his death. He is buried in Cabaret-Rouge CWGC cemetery, Souchez.