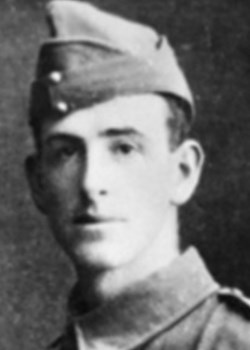 Alexander Stewart Burton was born on 20 January 1893 in Euroa, Victoria in Australia. 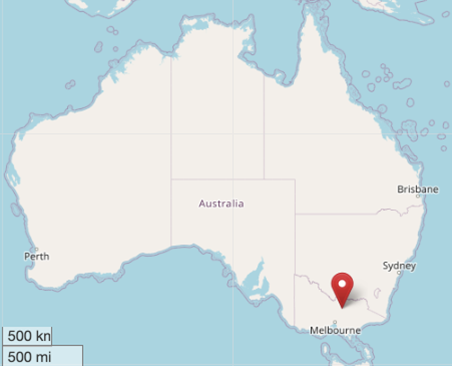 He had served for 4 years in the cadets.

On 19 October 1914 her embarked at Melbourne on active service. 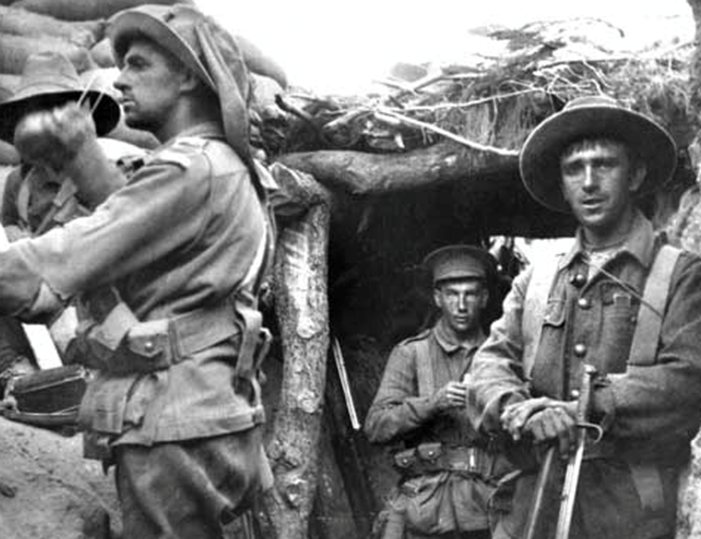 Having volunteered and taken part in the forcing of saphead D21 in the face of the enemy he was appointed Lance Corporal on 10 July 1915.

He was killed 9 August 1915 while repulsing a series of attacks on a trench they had just taken on Lone Pine, Gallipoli. 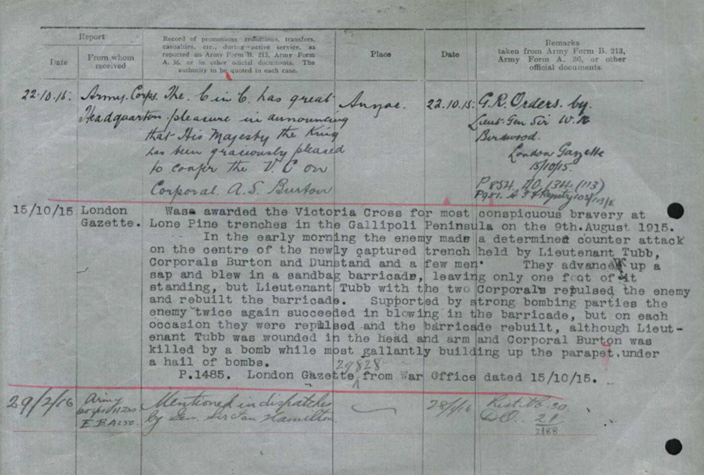 Cpl. Burton has no known grave. His name is commemorated on the Lone Pine Memorial at Gallipoli.

An oak tree, and a bridge at Euroa, Victoria, are dedicated to his memory.

During the period between his being wounded, and enquiries from his father over his wellbeing, Alexander was killed. At first Alfred had to repeatedly request confirmation of his son's status. Post took a month to travel between Australia and the Mediterranean.