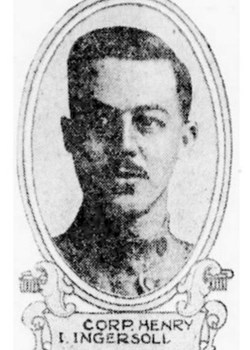 Henry Ingersoll was born on 15 August 1893 in New York 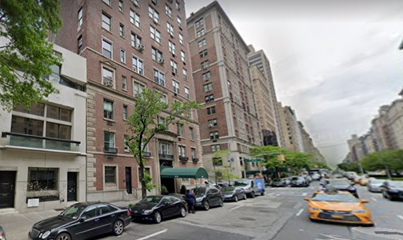 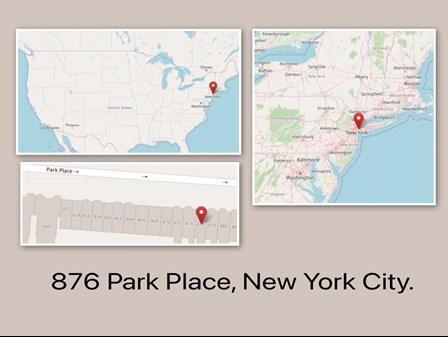 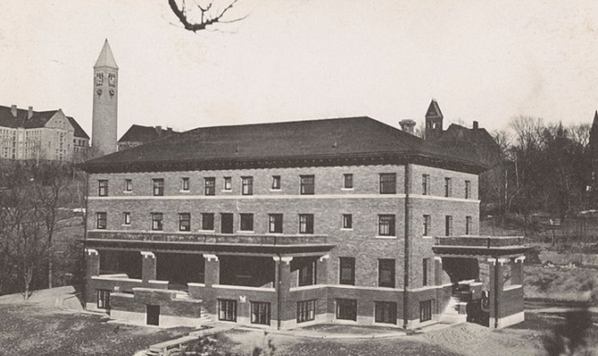 After graduating from Cornell in 1916 he was employed with the family business. 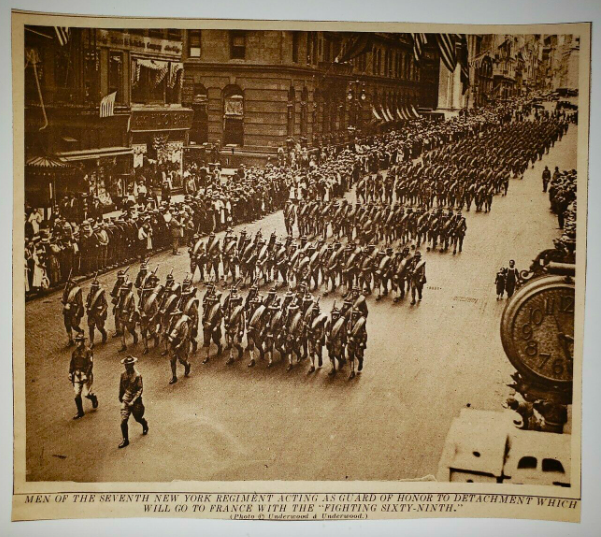 After training at Camp Wadsworth, South Carolina with his regiment (now designated 107th Infantry Regiment), Henry shipped out for France aboard the U.S.S. Susquehanna on 9 May 1918. (2)

Upon arriving in France, the 107th Infantry, along with the other regiments and machine gun battalions of the 27th Division, began intensive combat training under British supervision. 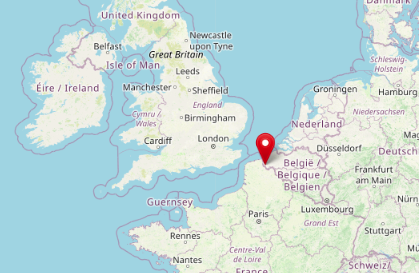 On 30 June the 27th Division was ordered to move to the Ypres salient in Belgium. On 9 July the division organized to defend a portion of the East Poperinghe Line in the Dickebusch Lake area. (3)

On 20 July Company K entered the reserve line trenches of the East Poperinghe in the near vicinity of a battery of the Royal Garrison Artillery. After its turn in the trenches, Company K resumed a regime of training near St Omer. 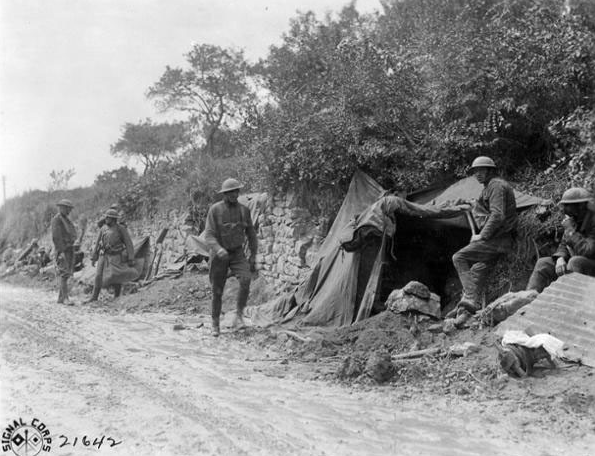 According to SGT Robert L Peek, the company historian, on 11 August Company K ‘…marched off to the line. We were situated for the first three days in reserve, occupying a system of trenches in front of Ouderdoom, under the direct observation from Mont Kemmel, then in Jerry’s hands.

'There we fraternized with the 'Tommies', with whom we were brigaded, and learned the art of trench cooking and the horrors of ration distribution … Some of our men went out on patrols, and crawled in apprehensive agony through the grass, only to be recalled by British officers, who came swinging their canes in best Piccadilly manner.’(4)

On 21 August Company K was relieved and returned to 'Trappiste Farm'.

On 4 September the 107th Infantry Regiment entrained at Proven and arrived at Doullens the next day. From there the 107th marched to the town of Beauquesne where the 27th Division established its headquarters. It was in the vicinity that of Beauquesne that the 27th Division began special training, including training with tanks – a novelty to the American troops - in preparation for the assault on the Hindenburg Line near Ronssoy. (5)

Shortly after Company K arrived in Beauquesne, Corporal Henry Ingersoll became gravely ill and he was evacuated for medical treatment. Henry died from spinal meningitis at Casualty Clearing Station No. 1, BEF, on 15 September 1918. (6) 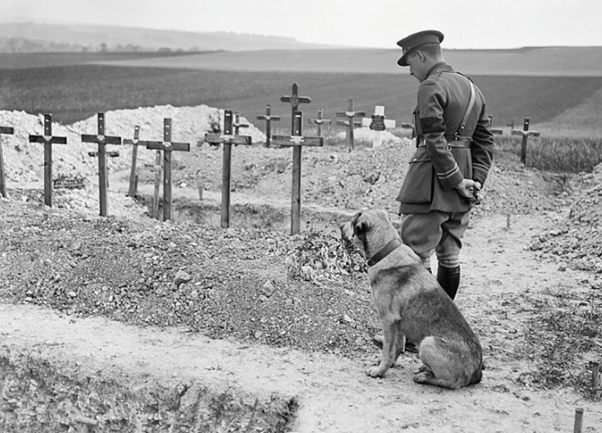