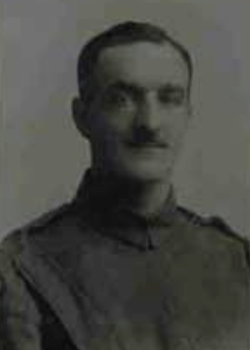 Second Lieutenant George Orme Smart was born on 17 August 1886, a native of Kersal, Manchester. In 1915 he joined the RFC as a Private, and subsequently learned to fly at his own expense before gaining Royal Aero Club Certificate No 3707. He was posted to No 60 Sqdn in France as a Sergeant Pilot. George was later commissioned in the field.

George Orme Smart was a pilot in the Royal Flying Corps. He kept a diary during his time at the Front and labelled each page alphabetically, the first page starting with the letter "A". He was killed by the German ace Baron Manfred von Richtofen on 7 April 1917 - "Z" day.